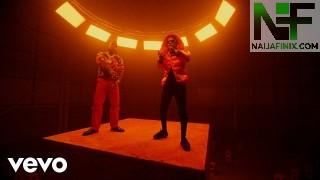 Starboy Entertainment boss, Wizkid and the African giant, Burna Boy has released the music video to their single, ‘Ginger’, produced by P2J.

The song ‘Ginger‘ is off Wizkid’s most recent studio project, ‘Made In Lagos‘ album which has indeed climbed various music charts globally.

Moreover, ‘Ginger‘ has been on of the biggest song on Wizkid’s LP. The video was shot in London, United Kingdom and directed by Meji Alabi for JM Films Production.

Watch the video below!