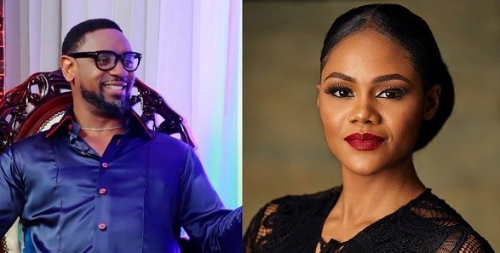 Pastor Biodun Fatoyinbo, the embattled founder of Commonwealth of Zion Assembly has been seen on tape demanding $1000 from church members.

A video has surfaced showing the moment embattled founder of Commonwealth of Zion Assembly, Pastor Biodun Fatoyinbo was seen demanding $1,000 from church members in what appears to be outside the shores of Nigeria.

Many people have attacked the man of God since the controversy started, with some questioning his lifestyle. He is known to be a showoff pastor who drives expensive cars and wears designer clothes.

Nigerians have also accused him of using the money he gets from his church members to furnish his lavish lifestyle.