Real Madrid star Cristiano Ronaldo was on Monday, October 23 announced as the Best Player of the Year at the Best FIFA Awards.
Ronaldo won the biggest award of the night at the ceremony that held at the Palladium theatre in London, beating Lionel Messi and Neymar.
The Portuguese star got 43.16% of the votes to win the award while Messi came second with 19.25% and Neymar third with 6.97%.
Despite his win, the 32-year-old didn’t get the vote from Super Eagles coach Gernot Rohr and only got the second pick from the captain of Nigeria’s national team John Mikel Obi.

play Cristiano Ronaldo got the most votes to win the Best Player of the award. 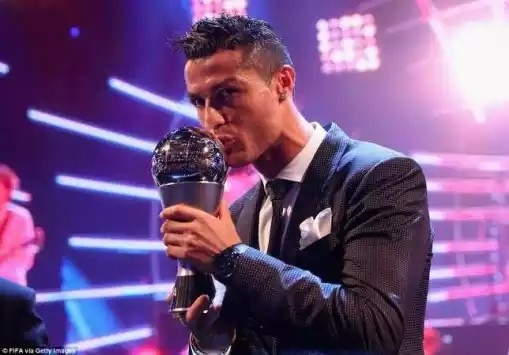 Ronaldo didn’t make any pick of Rohr, who chose Lionel Messi, Atletico Madrid and France international Antoine Griezmann and Bayern Munich and German goalkeeper Manuel Neuer.
There might be a little bias in Rohr’s pick; while he may believe that Messi is the best player in the world, the 64-year-old is a Franco-German.
play John Mikel Obi’s vote for 2017 Best Player of the Year (FIFA)
His second pick for the Best Player of the Year award was Griezmann who is from France while German goalkeeper Neuer was his third pick respectively. 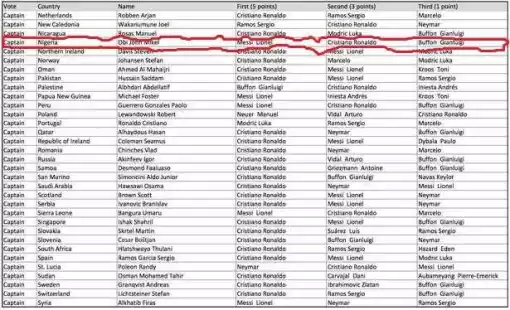 Super Eagles captain Mikel Obi just like his coach had Messi as his first pick while Ronaldo and Gianluigi Buffon were his second and third picks.
play Cristiano Ronaldo and Lionel Messi didn’t vote for each other (PA)

Ronaldo and Messi also had the luxury of choosing their picks as captain of Portugal and Argentina respectively. Unsurprisingly, both of them left out each other in their respective picks. 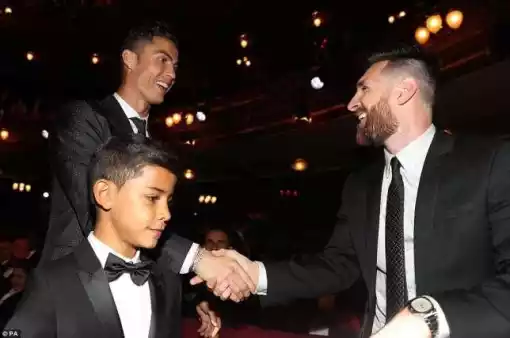 As captain of Portugal, Ronaldo voted for three of his Real Madrid teammates; Luke Modric, Sergio Ramos, and Marcelo.

For Messi, it was his Barcelona teammate Luis Suarez as the first pick, Andres Iniesta as his second and Neymar as his third.