Election ​2019: Nigeria Will Be Destroyed If Buhari Wins Second Term Says Nwabueze (Here) Professor Ben Nwabueze has issued a warning about President Buhari’s Bid for Second term in 2019.Nwabueze, an Elder statesman said that Nigeria will cease to exist if the president’s re-election bid is successful.

The Senior Advocate of Nigeria(SAN) added that Nigeria has become a failed state under Buhari noting that his administration failed to provide security and improve the welfare of Nigerians. He said; 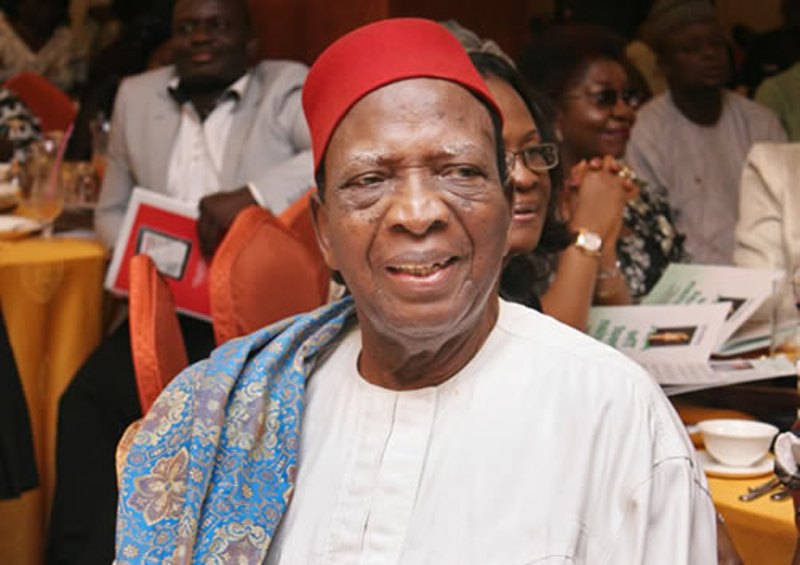 “By all internationally relevant and accepted indices and indicators, and judged by the reality on the ground, Nigeria is justifiably categorised as a failed state, now ranked 15th among the ‘worst failed’ states in the world.

If president Buhari is given a second term in office, God forbid that he should ever get a second term, Nigeria will cease to exist, except in the sense in which Zaire, under (late) Mobutu (Sese Seko) existed. That is as an idea without an existential content, a state existing only in name or the map as a mere geographical expression.

I believe, however, that the country can be made to work again, as it was doing before, and to become a great nation it is destined to be, and a leading star in the affairs of the African continent and, indeed, the world. But, for that to happen, there has to be a change of leadership.

It is gratifying that the Boko Haram insurgents have been dislodged from the areas over which they took control, but, it is equally sad that they still continue to kill, maim and brutalise large numbers of people and to destroy properties, resulting in the displacement of thousands from their homes.

Following on the heels of the Boko Haram atrocities is the Fulani herdsmen menace. It started in the form of farmers’ herdsmen clashes but has now developed into a scary dimension,” known to be as bloody and murderous and atrocious as Boko Haram insurgency.In Benue State, in particular, it has been a long chain of killings, dating back to 2013. In that year alone, Benue recorded eight attacks in villages resulting in deaths. There were 16 attacks in 2014, eight in 2015, the same number in 2016, and five in 2017.

The number of deaths is put at about 3,000 across the country. The method of attack, which is not any different from the one applied by Boko Haram insurgents, includes cutting open the stomach, beheading, slitting the throat, suicide bombing, surrounding villages and opening fire on them while asleep, etc.”