On the 1st of January, a new bride, Lawrenta Sawyer accused a fashion designer, Maryam Elisha, of ruining her day by not delivering her reception dress as agreed.

Lawrenta had given Maryam a fabric to sew for her in preparation for her wedding in December 29, 2017 and made a 50 percent upfront payment but Maryam disappointed her with different excuses and made her wear another dress.
It then became a shock for Lawrenta to see her fabric, sewn and worn by Nollywood actress, Mercy Aigbe for her 40th birthday photoshoot.
The issue has generated a lot of discussions online with women who have had the same experiences with Maryam recounting their stories.
Maryam addressed the issue, explaining that the bride’s fabric and the one she used for Mercy Aigbe was the same and that there was a dispatch mistake but Lawrenta has refuted all her claims calling them lies as she posted their conversations.

See Comments made by more women coming online to share their own sad experiences with the same designer. 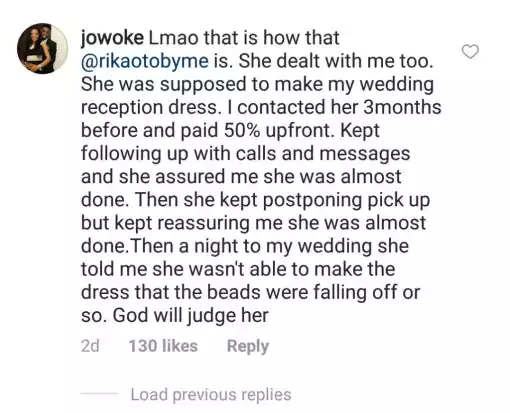 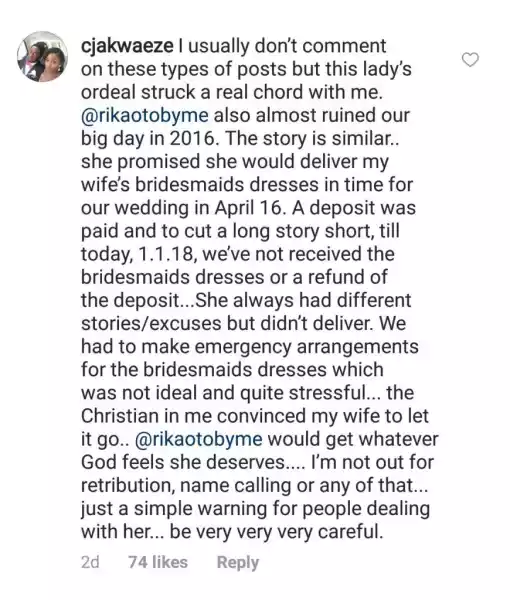 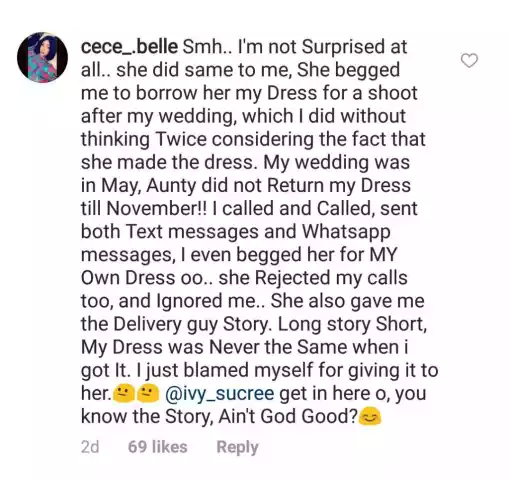 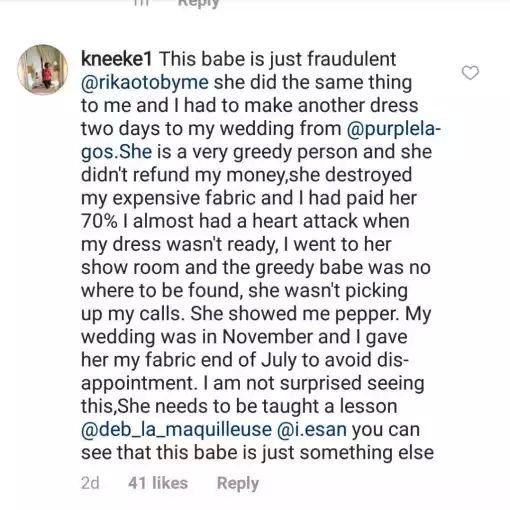 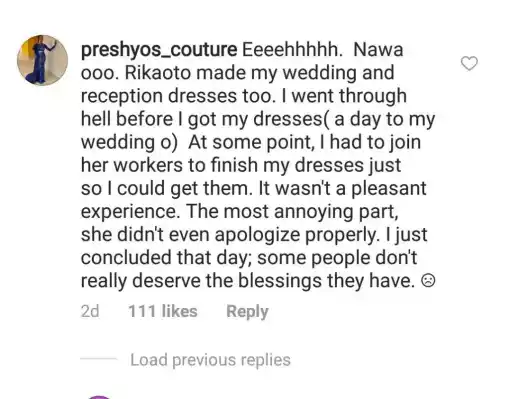 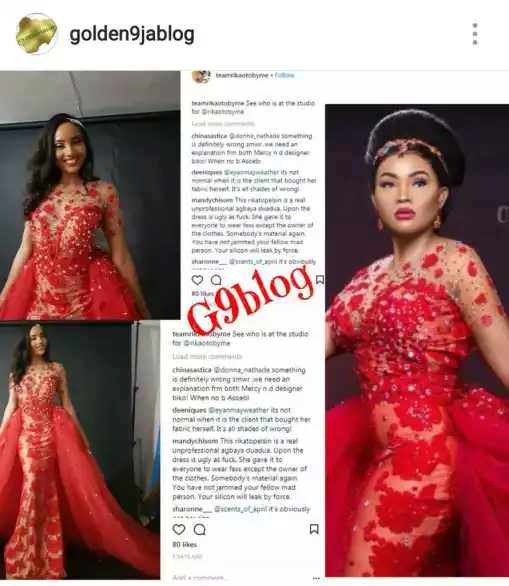