This lady has sliced off the flesh on her ribs in a dramatic move to get rid of a tattoo tribute to her ex-husband Stephen Belafonte.

The former Spice Girls star had a tattoo with the words, “Stephen, till death do us part you own my heart” inked along her ribcage.
Following their divorce, the America’s Got Talent host decided she wanted to put a quick closure on their “toxic relationship” so, rather than go the laser removal route which usually takes a long time, she decided to scar herself by having her flesh cut off.
She only got rid of Stephen’s name but kept the rest of the wording. She proudly flashed her side during her night on the town while dressed in a crop top to show the world that Stephen is gone for good, including from her body. 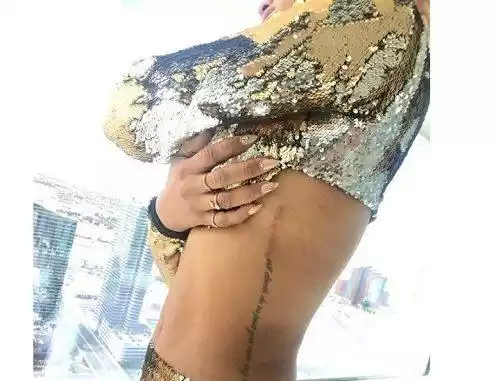 Speaking of the drastic op, she said: “I wanted the tattoo removed to help close the final chapter of the toxic relationship. Even though I’ve taken the steps to remove Stephen’s name from my body, the domestic abuse will forever remain with me.” 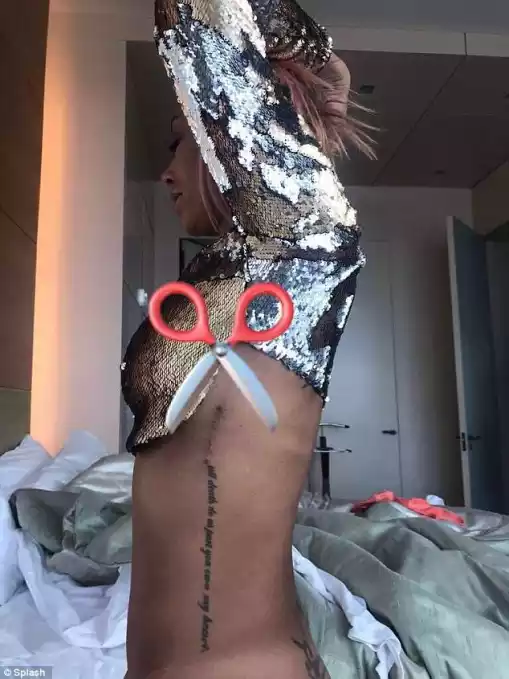 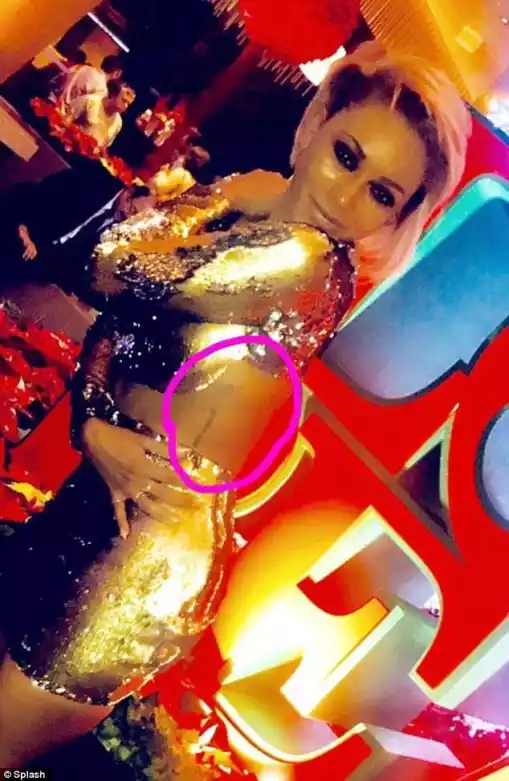