​Nigerian Guy got Shocked After Seeing Photos Of His Look-Alike in Italy. 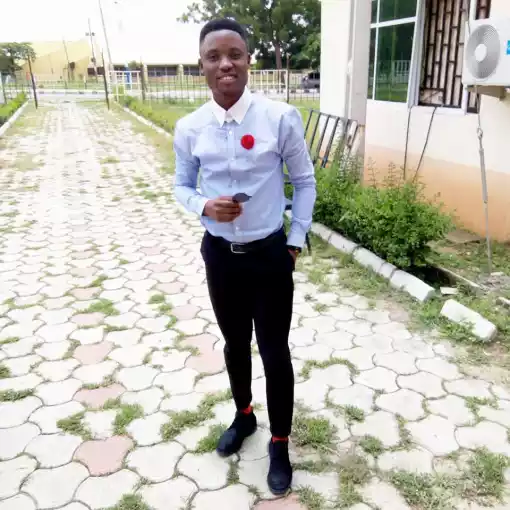 A Nigerian guy, Clement Da Saint has been left shell-shocked after he was sent pictures of another guy who looks exactly like him.

Da Saint took to his Facebook page to reveal how scared he was after seeing the pictures of his look alike, Ranking Azed who is based in Milan, Italy.
He wrote; 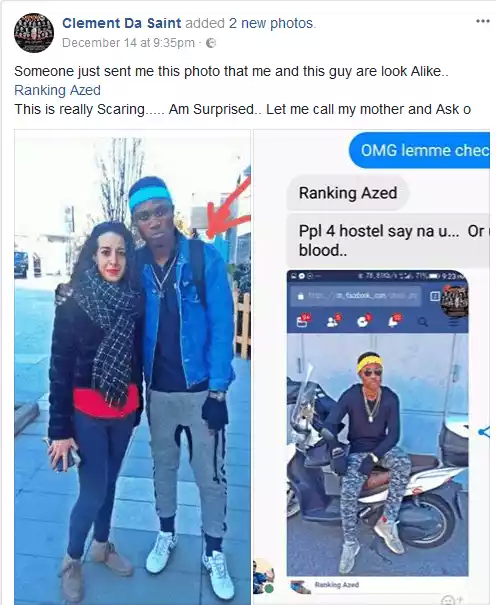 Someone just sent me this photo that me and this guy are look Alike.. Ranking Azed…This is really Scaring….. Am Surprised.. Let me call my mother and Ask o..

His friends on Facebook have reacted to the picture-as they believe the other guy looks like him.
See users’ reactions; 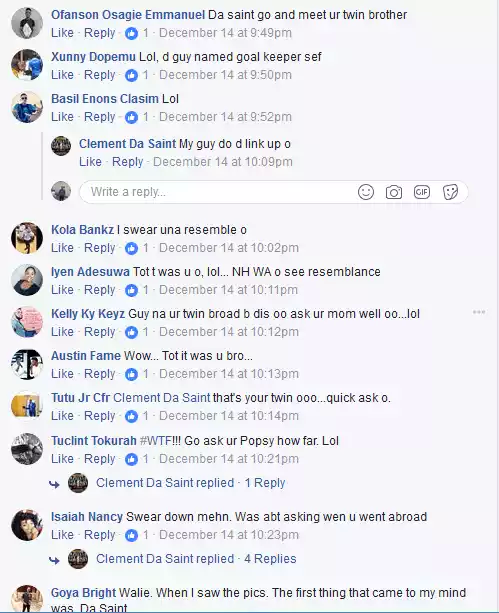