Olu Jacobs is thrilling us with some backstory on how he wooed his lovely wife, Joke Silva, 40 years ago.
The veteran Nollywood actor revealed that it had been love at first sight for him seeing as he fell in love with her that very day.

He said this during a recent interview, addressing allegations that he had stolen his wife from another man, Jacobs revealed that the allegations were false although he admitted to the fact that he had fought hard for her attention until he walked down the aisle.
He said: “I was invited to come and do a play by the national theatre. I was living in England at the time. I was to play lead in Wole Soyinka’s “The trials of Brother Jero”. We were having the production when the door opened and this lady walked in. I said excuse me, ladies and gentlemen, this is the lady I am going to marry.
“You know bodies can attract and bodies can repel. I saw her and I was attracted. I am not an impulsive person. I did not just say come. I had to struggle to get her. She was stunned even though she gave me up and down.” 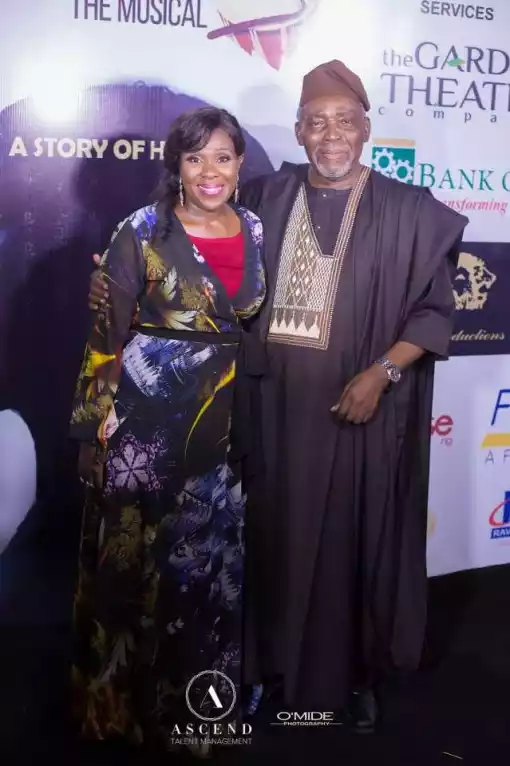 Speaking on the secret of marriage, Jacobs said that the major key to any marriage is patience and above all, being friends. 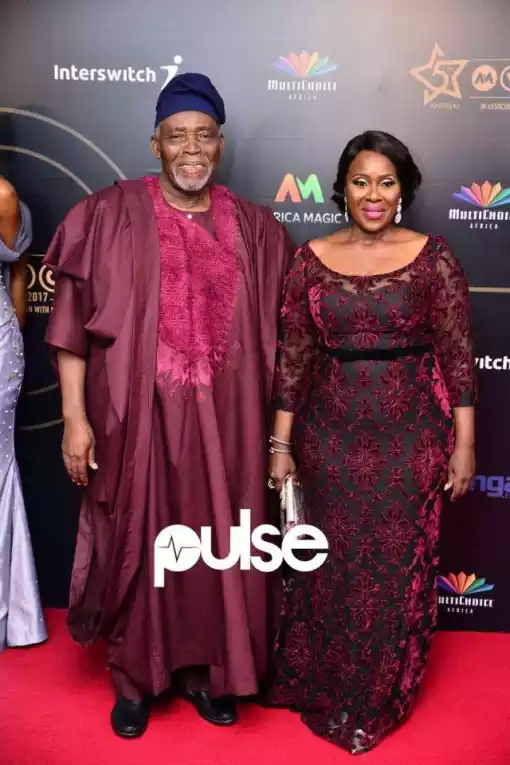 On celebrity marriage hitting the rocks and making a good home against all odds, Olu Jacobs disclosed that: “It is virtually in all professions, in all offices where ever you have women and men together. Even if you don’t hear it, we have a lot of divorces in all other sectors. For the fact that you don’t hear it in other sectors like banking or in the oil sector, as oily as it is, does not mean it is not happening. It is in all offices where we have men and women.”

Olu Jacobs and Joke Silva have come to be the leading example of a working celebrity marriage in Nigeria.