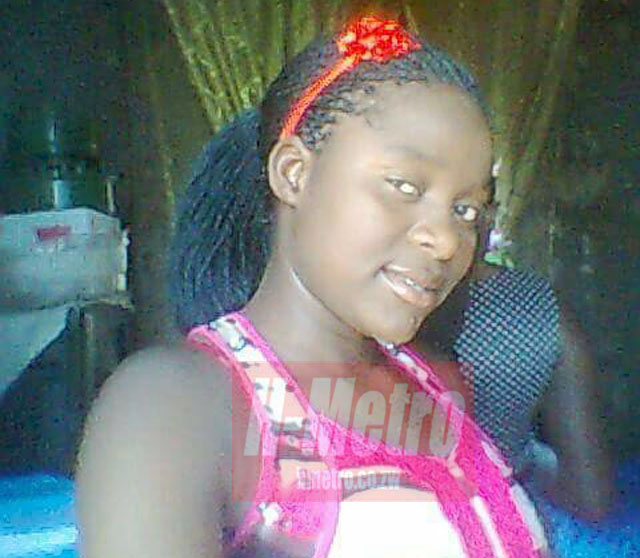 A LOVE triangle ended tragically when an 18-year-old woman from Harare committed suicide by downing poison after her sister discovered that she was bedding her husband under her nose.

The tragic incident occurred last week when the teenager, Farai Chirara from Ushewekunze area in the outskirts of Harare, ran away from home before committing suicide by drinking poison after receiving death threats from her sister, Memory Mojoko, accusing her of bedding her husband Obvious Mudemba.

The deceased teen, had been staying with the couple, who are both teachers, while waiting for her A’ Level results when her sister started suspecting an affair between the former and her husband resulting in her running away from home.

A relative who spoke on condition of anonymity said when Farai ran away from home Mujoko started sending her messages insulting her with vulgarities and threatening her with unspecified action accusing her of wrecking her marriage.

The relative said Farai went on to drink poison and was rushed to Parirenyatwa hospital by other relatives where she died just after admission.

“It is sad that Memory pushed her sister to committing suicide after sending her messages insulting and threatening her.

Farai went to stay with the couple while waiting for her A’ Level results. During the long holiday, it is suspected that she started bedding Mudemba who is her sister’s husband.

“When Mujoko got wind of the illicit affair she started insulting and threatening Farai with unspecified action. Farai fled home and found sanctuary at a relative’s place where she later committed suicide by drinking poison.

“She died on Friday (last week) morning at Parirenyatwa Group of Hospitals,” said the relative.

The relative added that Farai’s relatives are baying for Mudemba’s blood accusing her of causing their daughter’s death.

“When Mudemba went to Parirenyatwa to check on Farai, he was threatened by the girl’s relatives and they chased him away.

What is worrying is that the couple should have resolved the matter amicably because Mudemba might have taken advantage of the girl considering that she was an adolescent,” said the relative.

Contacted for comment, Mudemba confirmed the incident but could not give further details.

“Did you talk to Farai’s parents and hear what they have to say about the issue.

Please talk to them first and I will give you my side of the story. Besides it is not me involved but my wife so talk to her also,” he said.

Mujoko refused to entertain the media.

“Who is this? Please you are talking to the wrong person,” she said before hanging up and subsequently switching off her mobile phone.