Jose Mourinho caused a stir on social media when he took Marouane Fellaini off just seven minutes after bringing him on in Manchester United’s 2-0 defeat to Tottenham .
But it appears as though the Belgian midfielder was forced off with a groin injury.
Fans had initially thought that Mourinho had showed his incredibly ruthless streak by taking off the former Everton man as a show of his disappointment in his team, who were thoroughly outplayed by the hosts at Wembley. 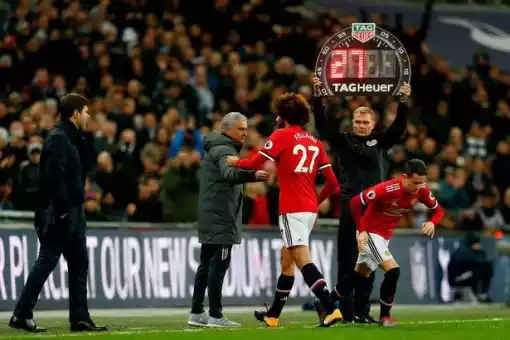 But he went off just seven minutes later (Image: AFP) 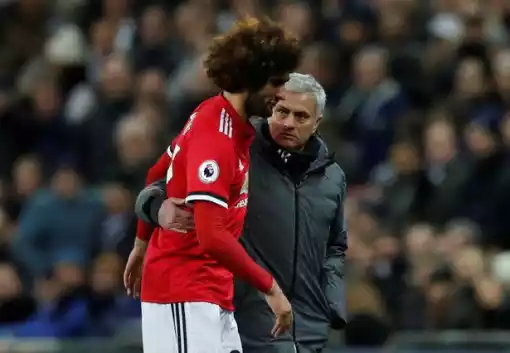 United went behind after just 11 seconds to a Christian Eriksen goal, before Phil Jones put through his own net to double Spurs’ lead. 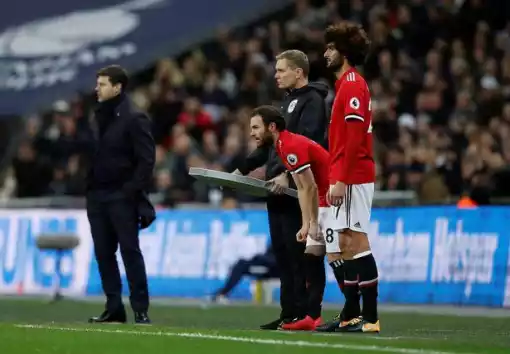 Fellaini came on in the 63rd minute (Image: REUTERS)

And substitute Fellaini being substituted appeared to be the final humiliation for an underperforming United side.
But he was seen pulling up and limping just 30 seconds after coming on.

United’s official Twitter account tweeted that Fellaini “had picked up an injury”.
And the Belgian was later pictured grimacing and holding his leg, indicating that he had an injury problem.

Will Manchester United still finish in the top four?