Check out this rich 10-year-old boy who has gone viral after he took his Pretty Instagram model girlfriend out and got her an iPhone X For Christmas. 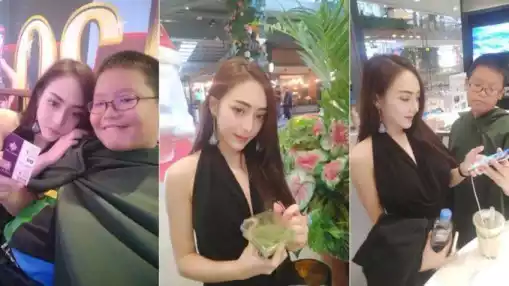 A lot of men can only dream of scoring a date with a gorgeous lady – perhaps, a model. But for a young boy, it’s more than just a dream as he was able to go out on a date with one. But this boy named Nantapong Kidwapattana is not just any other boy — he’s only 10 years old by the way, and he was able to form a “relationship” with a Thai beauty.
Men would be jealous that a kid as young as Nantapong was able to take out the beautiful model (also a DJ), known by her Instagram handle, Rky Thitiworada, on a date. Not only that guys, Nantapong upped his game by giving his gal an iPhone X for Christmas! 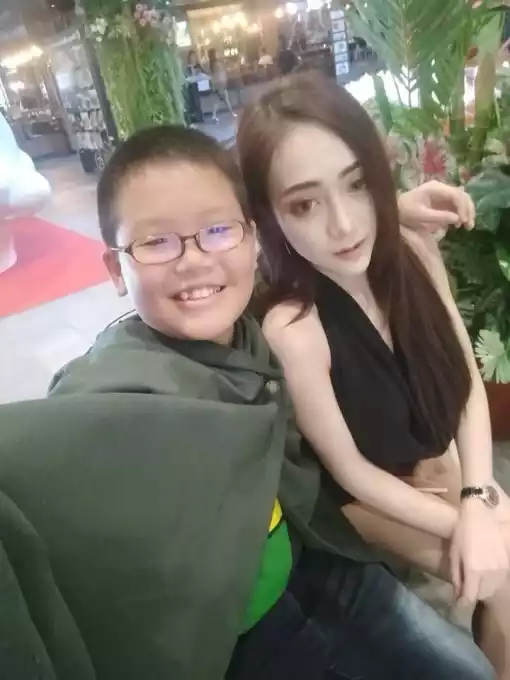 Nantapong post was quickly shared thousands of times but has since been deleted for reasons unknown. And as with any viral post, people always have something to say.
In this case, many were shocked or in disbelief to see such a young boy dating a model. Some were even quick to point out that the model only went with the kid because he is super rich.

“This goes to show that cash is king; and you can do anything if you’re rich, including finding a hot date.”
“This kid got a date with her because of his superpower of being rich.”

After Nantapong’s post, people quickly tracked down the model and revealed her as Rky. She has 229,000 followers on Instagram at the time of this writing. Most of her pictures were like thousands of times.