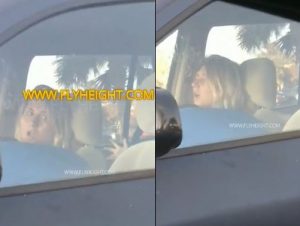 The husband was caught giving head to his wife as they sat in front, while they had their baby in the back seat of the car.

The act was captured by another car driver who was equally stuck in traffic.