The story has been told of a young boy who went missing after he was sent on a errand by his mother.

The story was shared by one Newton Samson on Twitter, who is now seeking for help in locating the missing boy.

According to Newton, the missing boy’s name is Steven and is the only child of his friend who is a single mother. Steven disappeared when his mother sent him to withdraw some money from the ATM.

Newton pleaded with his followers to help in reaching out if they locate the boy.

He wrote: “This is my Friend’s son Steven, his mum sent him to the ATM to withdraw Money yesterday around 5pm at Ogba, since then he has not been found. he his the only child of his single mum. he is just 18 years. please RT Call 08134440405. 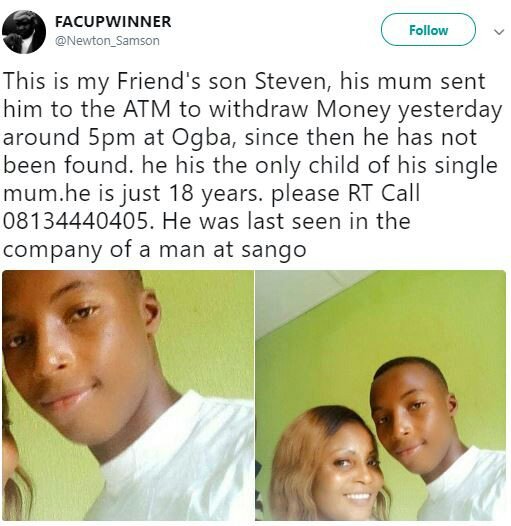