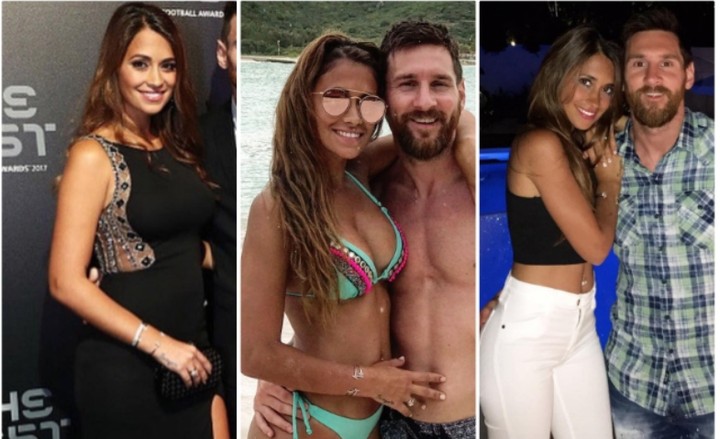 Lionel Messi’s wife, Antonella Roccuzzo, who reportedly arrived Russia today to support her star husband – has reacted to Argentina’s victory over Nigeria. The 30-year-old took to her Instagram page few minutes ago to share a picture of her husband celebrating after opening the first goal of the match as she hailed him in Spanish.

It’s been a miserable tournament thus far for the Barcelona superstar, as his missed penalty in the opening game against Iceland was followed by his side’s capitulation against Croatia in a 3-0 defeat.

Antonella Roccuzzo, hasn’t been in Russia until today as she explained why she hadn’t flown out sooner to support her husband at the world cup tournament.

She said; “I did not go because I have very young children and because it was scheduled like this,”. “Moreover, I want to enjoy some time with my family who I am not going to see until December.”

With Nigeria bound for a last-16 spot, Argentina defender Marcos Rojo popped up with a spectacular late goal to help La Albiceleste to a 2-1 victory, thus, seeing them progress at the expense of the Super Eagles… 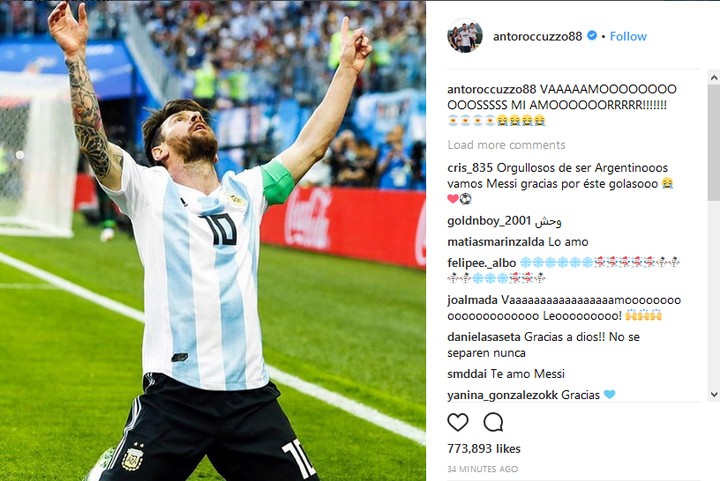