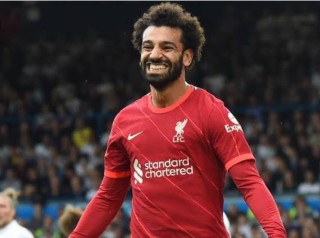 Ahmed Musa has played down the threat of Mohamed Salah, ahead of the heavyweight clash between the Super Eagles of Nigeria and Egypt at this month’s AFCON.

Both African giants will open their campaign in Group D when they clash on January 11.

One player who would be giving Nigerian fans sleepless nights is Liverpool star Salah.

He has scored 23 goals in 29 games in all competitions for the Reds this season and is regarded as one of the best player in the world on current form.

But speaking in Tuesday’s press conference on NFF TV, Musa stated that the Eagles will not lose sleep over the threat Salah would pose.

“Everyone is talking about Salah but if you look at our team we have lots of players they will be worried about.

On the possibility of the current Eagles squad securing a fourth AFCON title for Nigeria, Musa posited it can be achieved.

“Definitely. In each tournament you will always see new players. I don’t think there is any new player going to the AFCON that has not been with us since day one,” Musa said. “So we are together and we know each other but it’s just something little the coach just need to add into the team.

“For me I think we are ready because we have played lots of matches together and like I said we are 100 per cent ready. We are not going to Cameroon to see the beauty of the country but to win. I remember during the qualifiers when we sealed qualification, we said we are not just going to the AFCON we are going to come back with the trophy.

And on how supportive he would be for the team even if he does not get regular playing time:”Everyone know me, even when we qualified for the 2018 World Cup, most of the qualifiers I didn’t play but from the bench you could see the support I was giving the players.

“So for me, it’s just to back the team no matter what. Whether I play or not it doesn’t bother me because I know with my support we can go places.”