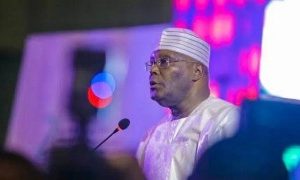 The Peoples Democratic Party (PDP) on Thursday released the list of its presidential campaign council ahead of the 2023 general elections.

The list which has the Governor of Sokoto State, Aminu Tambuwal as the Director-General of the National Campaign Management Committee of the party has generated heat in the party.

While some party leaders expressed their support for the composition of the committee, some have condemned the party for choosing a northerner as the DG.

In the past few months, there had been division in the party due to Northerners taking charge of sensitive positions in the party.

The issue has seen the camp of the Rivers State Governor, Nyesom Wike, and former national vice chairman of the PDP (South West), Bode George call for the removal of the party’s national chairman, Iyorchia Ayu.

They also requested that Ayu’s successor comes from the South to give the region a sense of belonging to the party.

However, while the party is still battling with a call for Ayu’s removal, another northerner has been made the DG of the campaign committee which has generated heat.

The Chairman of PDP in Lagos State, Philip Aivoji while speaking on the list in a chat with Daily Sun said the South is represented in the team by Akwa Ibom State Governor, Udom Emmanuel.

The publicity secretary of PDP in Borno State, Amos Adziba, in his view on the campaign list said it reflects the interest of all interests across the country.

A PDP leader in Rivers State, Princewill Dike, in his reaction to the campaign council list which was released by PDP on Thursday said the decision to Pick Tambuwal as the DG is a clear agenda against the South.

Dike further stated that it is a confirmation of Governor Wike’s fight against the party being led by northerners.

He added that the appointment of Tambuwal has worse the pain of party members in the South.