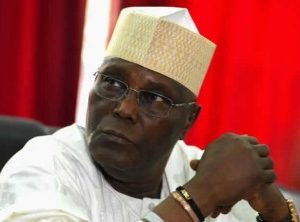 IBADAN – No fewer than 400 members of the All Progressives Con­gress (APC) in Oyo State on Wednesday defected to the People’s Democratic Party (PDP) ahead of the forthcom­ing 2023 presidential election.

This was as the defectors, led by Raji Akeem Kolawole, drummed support for the can­didature of former Vice Pres­ident Atiku Abubakar, who is the presidential candidate of the PDP in the 2023 general elections.

The defection of the APC members to the PDP was consequent upon what they described as the unending deceit and deception within the party, which they said, has not only continued to cause more harm to their personal development as politicians than good but also is danger­ous for the entrenchment of internal democracy within a political party.

While receiving the decam­pees into the PDP, the Coordi­nator for Atiku/Okowa Sup­port Movement in Oyo State, Mayoress Olubukola Olay­inka, said the work that lies ahead is beyond anybody’s personal interest, stressing that 2023 is all about rescuing Nigeria for Nigerians.

Olayinka, who was the state deputy chairman of the Labour Party (LP), recently led her political followers and supporters across the state into the PDP for the actual­ization of Atiku’s Presidency come 2023.

While delivering her welcome address, Olayinka maintained that Atiku’s Pres­idency in 2023 is like a moving train whose time has come.

She added that the mo­mentum, which is consis­tently gathering in favour of Atiku within the political landscape, must be sustained.

She said the momentum was evident in the defection of over 400 card-carrying APC members in Oyo State into the PDP with the prima­ry aim of lending their sup­port towards the actualiza­tion of the ‘Atiku/Okowa’s PDP Presidency. 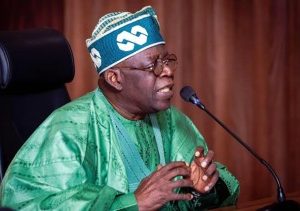