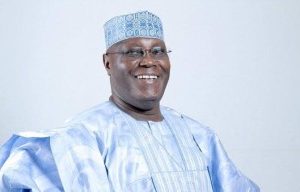 The dust over the presidential primary of the Peoples Democratic Party (PDP) and the choice of Delta State Governor Ifeanyi Okowa as running mate by its presidential candidate, Atiku Abubakar, has not settled.

Although Atiku and Rivers State Governor Nyesom Wike met yesterday in Abuja at the instance of the party’s Board of Trustees (BoT), led by Senator Walid Jibrin, a source said it did not lead to a truce.

The meeting was hosted by former Information and Culture Minister Prof. Jerry Gana at his residence.

At a meeting with BoT members on Wednesday, Atiku boasted that PDP can win next year’s election without many votes from Rivers State.

He said there was no cause for alarm if Wike did not want to fall in line with him.

Exuding confidence, Atiku recalled that President Muhammadu Buhari, who did not win Rivers State, relied on votes from Lagos, Kano and other strategic states to win the 2019 presidential poll.

Wike, who was privy to what transpired at the BOT meeting, was said to have complained about Atiku’s recent comment about him.

A source said: “Wike joined issues with Atiku over his recent comments or pronouncements at the second meeting.