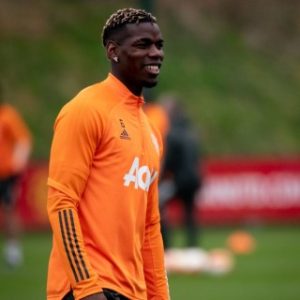 French midfielder, Paul Pogba is set to have his medical with Juventus on Saturday.

The midfielder is also set to sign a four-year contract with his former club.

The player left Manchester United at the end of last season and became a free agent on July 1.

The France World Cup winner returned to Manchester United in 2016 for a then world-record £89million fee, joining from Juventus.

And now, the midfielder has gone back to Italy to rejoin the Old Lady, according to Sky Sports.

The report also claims it’s believed the 29-year-old will sign a four-year contract with Juventus.

Pogba, whose second coming at Old Trafford has been widely described as disappointment, won just the Europa League and League Cup in his first season at Old Trafford.