9 Facts You May Not Know About Comedian, Basketmouth As He Turns 40 Today 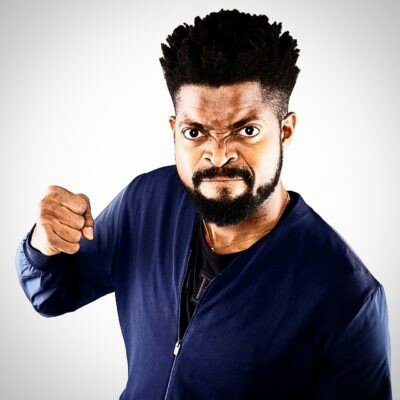 Basketmouth is one of the leading comedians and MC Nigeria has having organised popular stand-up comedy concerts like Basketmouth Uncensored across the globe.

He has also paved path for others in the entertainment industry.

Here are facts you may not know about him

2. He holds a degree in Sociology and Anthropology from the University of Benin, Edo State.

3. He discovered his skill in drumming and followed it up with his rap music skills in the church choir.

4. He formed a group called “Da Psychophats” which had seven members and they started going for shows and rapping in 1995.

5. He went on to form another rap group known as “Da Oddz” which had a total of three members, they started going for shows but later stopped when they found out that their rap was not accepted in Nigeria.

6. He has organised popular stand-up comedy concerts like Basketmouth Uncensored across the globe.

8. He hosted a comedy challenge on Instagram, called the #TwoThingsChallenge which sparked uproar from fans.

9. He is married and is blessed with 2 beautiful children.