This Lady gave an one of those guys who load up every cars popularly known as (Agbero), Due to the scarcity of petrol, This lady was forced to pick some passengers at barnex junction in other to acquire some revenue for bread. 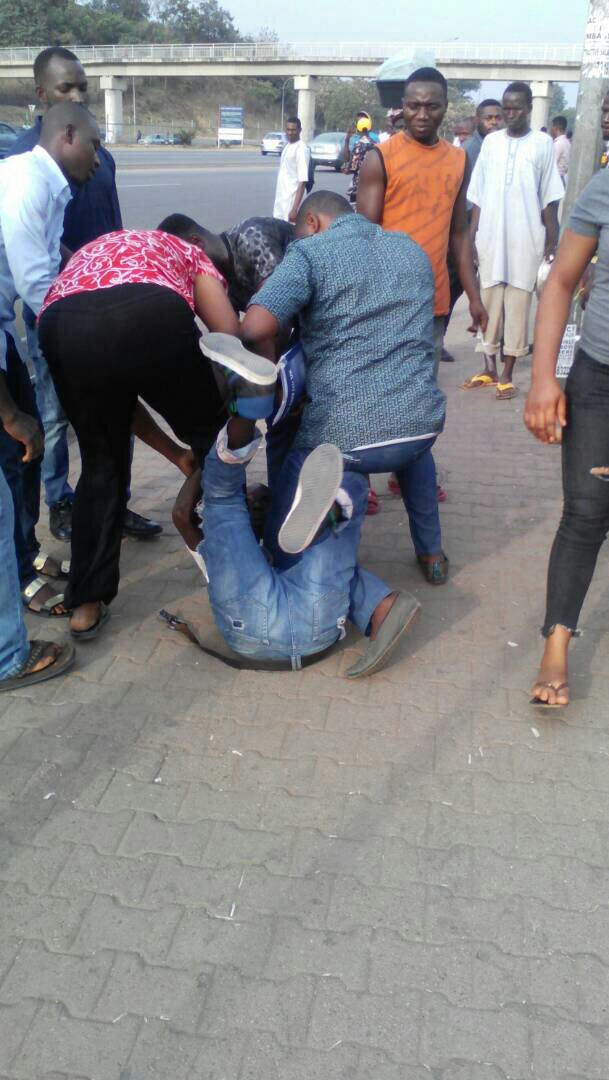 So she gave him more money than she should have given him and told him return the extras, but because she’s a lady and she was already in the car and the ignition was on ready to move, the dude decided to run so that she would forget the money….

As soon as he tried running, the lady called for help at once and some of the passengers and some of those present there rushed him and caught him and gave him a little torture of his life… 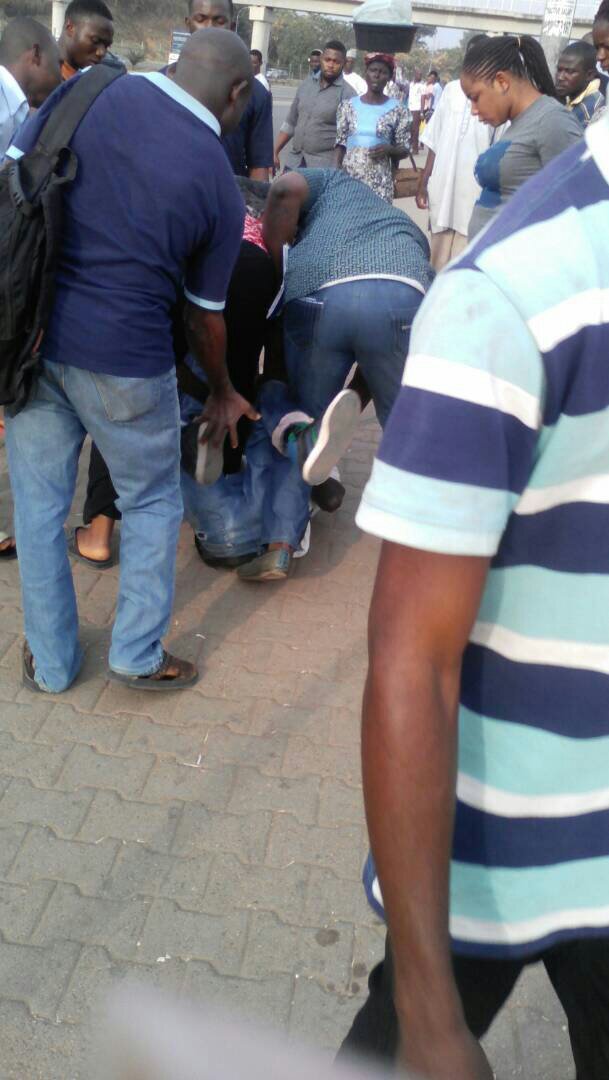 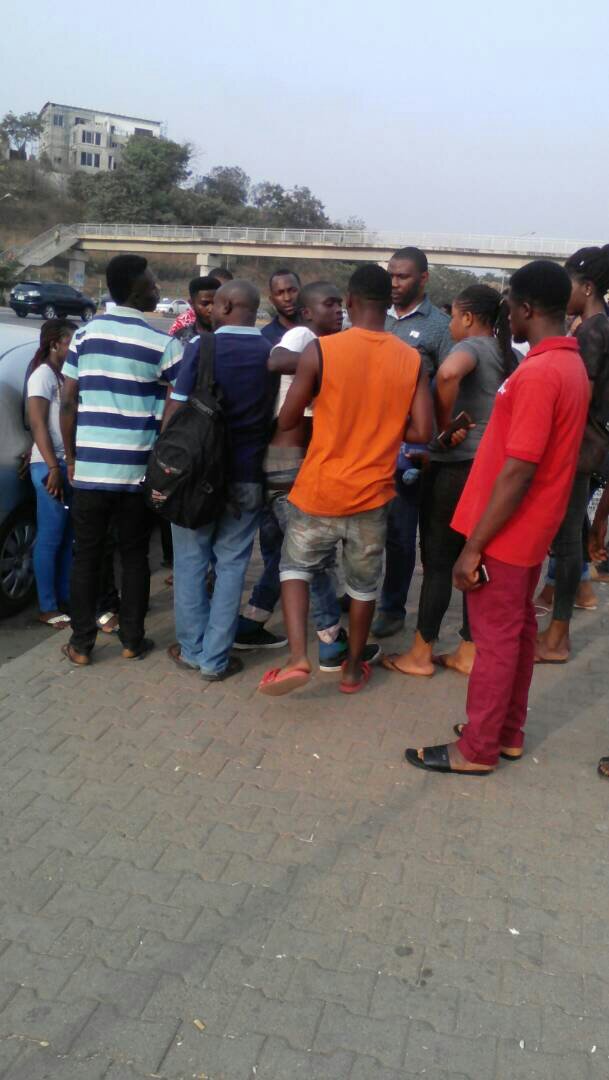 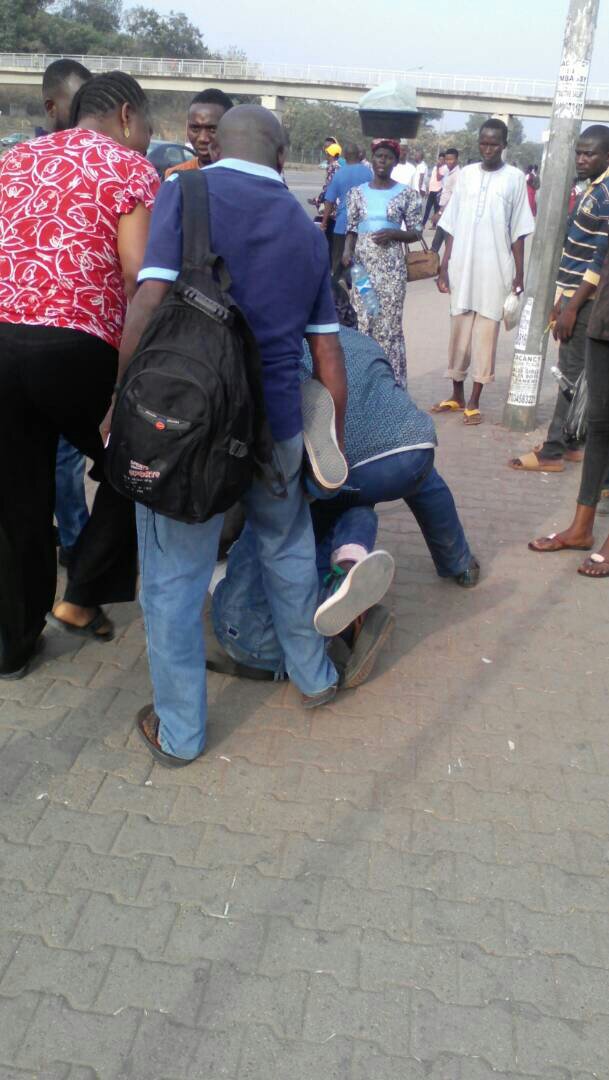