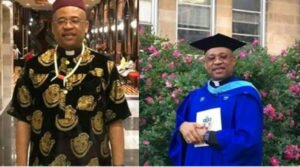 United States, few years after he relocated to the country for study.

The Nigerian Catholic Priest whose death left his friends, family and loved ones in anguish, was the parish priest of St. Kizito Catholic Church in Kuje, Abuja from 2008-2013.

Jacob Ugwuoke, the late Catholic Priest’s friend and classmate who shared the report, disclosed that he died after he went into his room in Chicago. 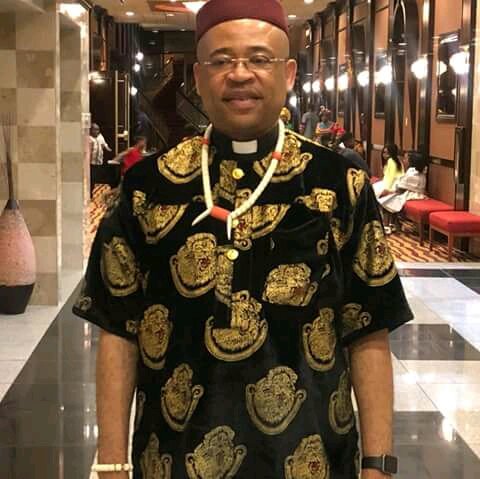 He is a class mate and a priest friend.

We woke up Sunday morning to hear that he went into his room and never came out alive in Chicago where he was studying. Please pray for the happy repose of his soul. Tears in my eyes.

The Death of Fr. Collins Ekpe CM is a big blow to the Nigerian community, Chicagoans and the people of Illinois and environs.

Father Collins was dedicated to the service of God and God used him to bless many of us.

His death will linger in our memories for years to come. God knows why he called him home so fast at a very young age. Death is a fact of life, iit is a transition according to African culture and belief. God has relieved him from earthly struggles, hurdles and sin. He is free now and resting in peace.

My brethren, cry no more because Father Collins Ekpe is with the Lord now. I will leave us with this Bible Verse.

Jesus said to her, ” I am the resurrection and the life. Those who believe in me, even though they die, will live.

This is very good news for us, Father Collins Ekpe is dead but he lives according to John 11:25 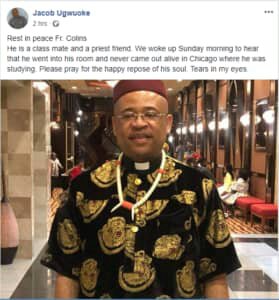