The Unmumsy Mum posted what a post-birth body really looks like, 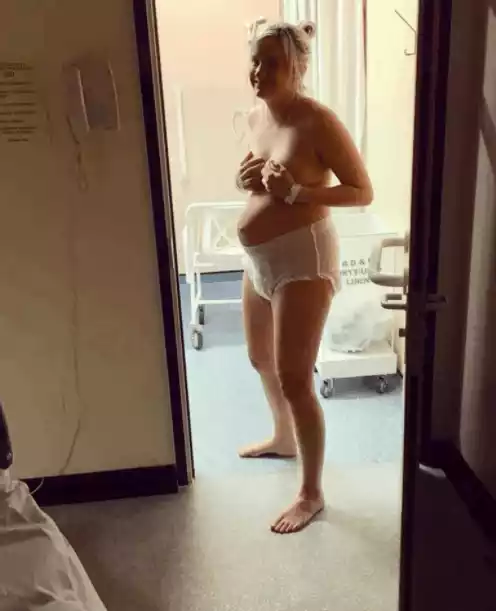 The mother shared a candid photo of what most mothers would prefer not to talk about or show the world. Dressed in an adult nappy and nothing else, with her tummy still bulging, she posed for the photo and it has received overwhelmingly positive reactions from other mums who praised her for being real and showing things as they really are.
Writing on social media, she said: “After initially thinking, I can’t share that! I realised it’s less flesh than it would be if I shared my ‘bikini body’ and represents the postpartum reality so well – I was absolutely euphoric at this point, despite walking like John Wayne and wearing an adult nappy. #postpartumreality, #imavailableformodelling #adultnappiesforthewin.”
Her post has received an outpouring of support for her unfiltered post from mums and mums-to-be. Since she shared it, it has been re-shared by so many social media users. 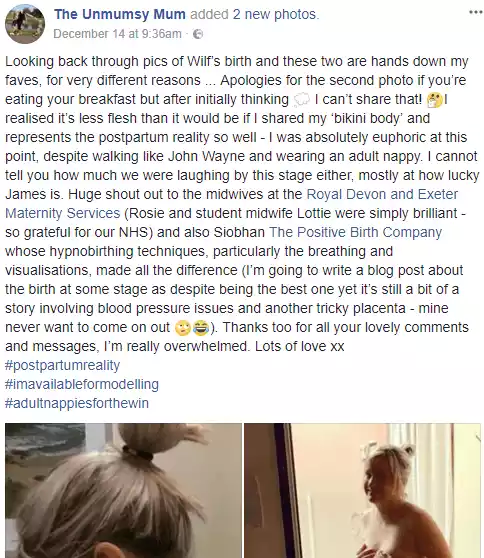 One mum commented: “Beautiful reality! I assumed the ‘bump’ would disappear after the baby was born but no. Nice to see honest photos like this that represent how women look after birth.”

Another commented: “I wish I’d seen something realistic like this before I gave birth so it wouldn’t have come as such a shock!”

Then a commenter who worked in maternity wrote: “I love this!!! I worked on maternity for eight years and this is exactly what a post-baby body looks like!! Too many women think that everything snaps back in like the celebrities! Well done for sharing!”