Abba Kyari Moved Out Of Kuje Prisons After Terror Attack 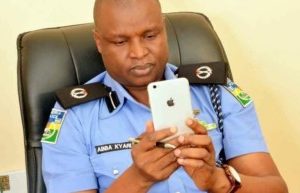 Several Inmates have escaped from Kuje Prisons following a Terror attack on the Facility on Tuesday night, POLITICS NIGERIA can report.

The terrorists launched the attack around 10:30 pm and its currently unclear if there were any casualties.

However, it was gathered that other inmates have been removed from the facility including the suspended deputy commissioner of police, Abba Kyari, who was remanded at the prison by a Federal High Court.

Kyari is standing trial for allegedly dealing in cocaine alongside four members of his former police unit, the Inspector-General of Police Intelligence Response Unit (IRT), and two other persons arrested at the Akanu Ibiam International Airport in Enugu, Enugu State, in January this year.

Kuje Prisons, established in 1989, has Maximum and Minimum Holding cells with over 700 inmates.