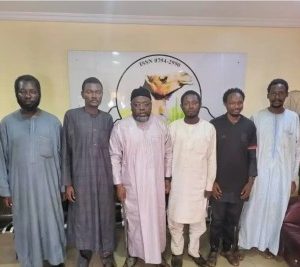 This brought the total number of victims that had regained their freedom to 27, which means about 35 people are still in the custody of the terrorists.

Mustapha Umar Imam, a lecturer at Usmanu Danfodiyo University, Sokoto, who has just been released by terrorists after four months in captivity, has narrated his ordeal at the hands of the assailants who attacked the Kaduna-Abuja train in March.

This brought the total number of victims that had regained their freedom to 27, which means about 35 people are still in the custody of the terrorists.

In videos obtained by SaharaReporters, Mustapha described his four months with the terrorists as terrible, saying he would never allow his enemy to experience the same.

He said, “My experience is really terrible. I have shed tears of joy that I am going to be united with my family very soon. The experience I have been through in the last four months is not something I can even allow my enemy to go through.”

He further mentioned that the hostages barely ate during the time they were at the terrorists’ den. “There was barely food for people to eat,” he said.