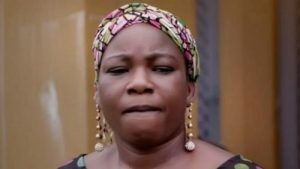 A date has been fixed for the burial of late Nollywood actress, Ada Ameh.

The family on Friday announced 25th and 26th August, 2022 as dates for the burial.

Recall that we had reported how  Ada slumped and died on Sunday, 17th July, barely two years after the death of her only child.

In a video shared on Instagram, the sister of the late actress, said: “We fixed as a family, burial date 25th and 26th August 2022, we are working closely with actors guild of Nigerian president, Emeka Rollas, Native Media headed by Mr Rogers Ofime and the Ajegule forum. Every other information as regards the burial would be announced later. You can join us from 1st- 27th August as we begin to pray for the burial”

She stated that the family will be working with the President of the Actors Guild of Nigeria, Emeka Rollas and the CEO of Native Media, Rogers Ofime.

Abahi, in a post shared on Instagram, frowned at the speculations that Ada has no family members.

She also expressed displeasure that some people opened a mourning house without the family’s consent and the arrival of the deceased’s body back home.

She wrote: “The family stayed quiet on her death for a while till we got her remains back home. During this period, we received several calls of people setting up condolences and opening mourning houses without the family’s consent, while some had gone ahead to declare that she had no living members of her immediate family and signed death notifications on our behalf.”