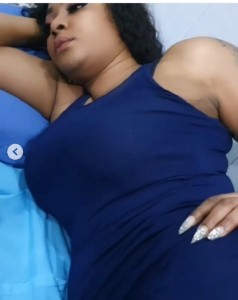 The single mother clears the air she wasn’t drunk when she had the bruises at the club.

Recall the star actress fell into a drainage at Shina Peller’s Quilox night club before which after someone parked his car next to her car.

According to Angela Okorie’s recently statement;

The government and the organisations
found around that area, should as well
Assist in covering the drainage,
so someone else woun’t fall victim of such incident,
bloggers please be sincere about the rumours you bring Up about me,
Am passing through pains Here
Don’t Add salt To Injury Biko

And to those of you that
Called , sent messages and support
You are in my heart forever
I appreciate you
And God bless you all
Am better today
Slide through