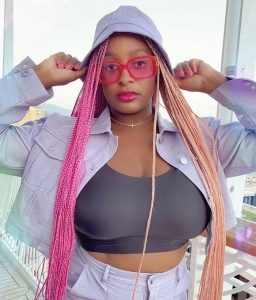 Her intention to pursue another university degree comes after she bagged a Bachelor’s degree in business and economics from King’s College London in 2014. Following which she acquired a Masters degree in Music Business from New York University in 2015.

Most recently, the 30-year-old entertainer bagged another Masters degree in African Studies from the prestigious Oxford University in 2022.

“Thinking of going back to University again to study architecture 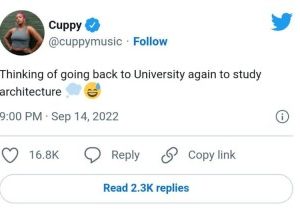