Super Eagles attacker, Alex Iwobi’s family members were present at the Volgograd stadium in Russia to witness Nigeria beat Iceland 2-0 in their second match of the ongoing World Cup.. The Arsenal star’s father, Chuka Iwobi, his mother and sister; Marie Iwobi were seen in elated mood after the victory.

Ahmed Musa kept Nigeria’s qualification hope alive after grabbing his third and fourth World Cup goals (he scored two in a 3-2 defeat to Argentina at Brazil 2014) to become the first man to score for the Super Eagles at two different World Cups.

Nigeria will be sure of a spot in the knockout stage if they can see off Argentina on Tuesday, after Musa’s excellent double before a missed penalty by Iceland midfielder Gylfi Sigurdsson. 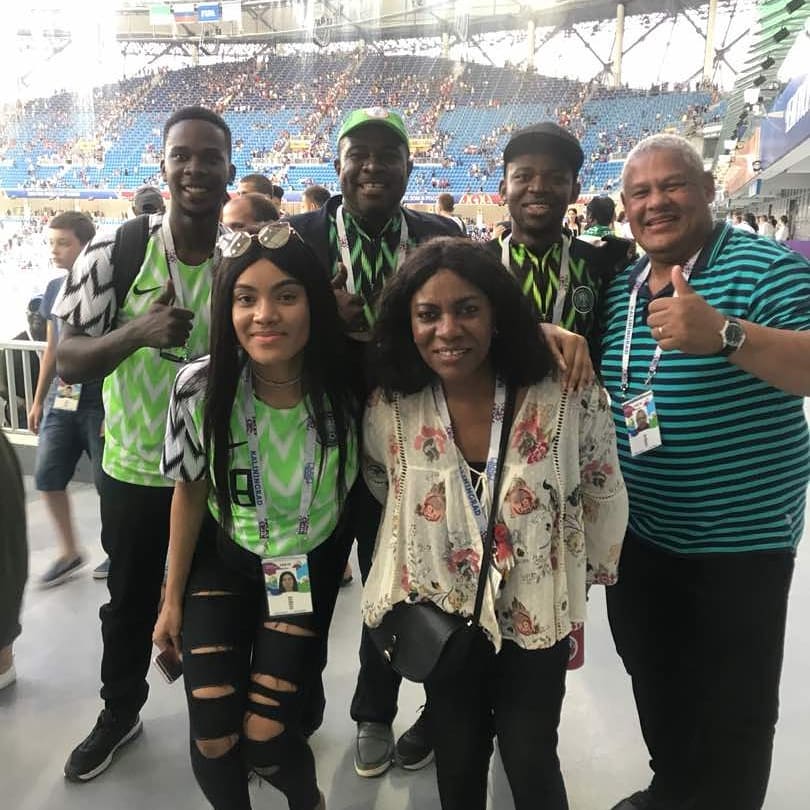 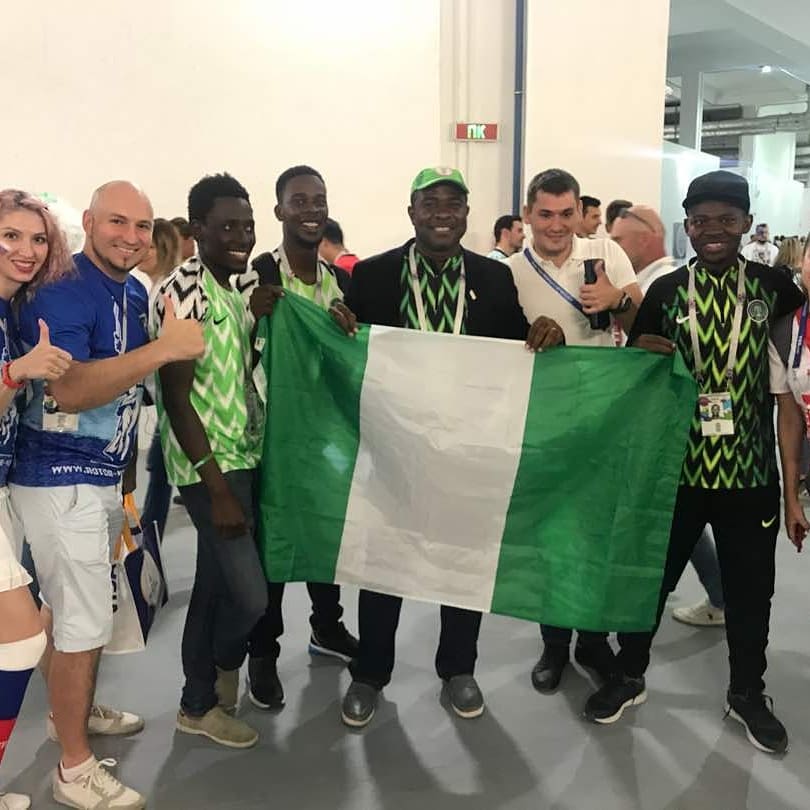 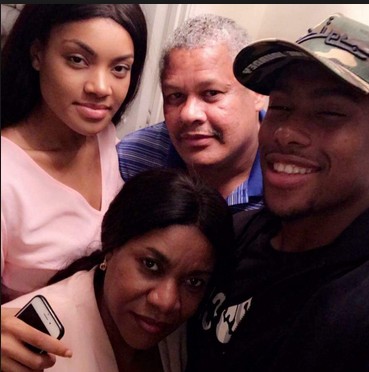