The Edo State Governor, Mr. Godwin Obaseki will today(Saturday), at 12 Noon, knows fate as the Federal High Court in Abuja delivers judgment in a certificate forgery suit filed by the All Progressives Congress (APC) against the Governor.

Igbere TV recalls that Justice Ahmed Mohammed, the judge presiding over the case, had fixed the judgment date for Saturday January 9 after parties to the suit adopted their final arguments on Thursday.

This Online Medium understands that the judge fixed today for the judgment to beat the expiry date of the suit which has 180 days lifespan from the time it was filed in July 2020.

The APC and one of its members, Williams Edobor, who jointly filed the suit, urged the court to disqualify Obaseki as the governorship candidate of the Peoples Democratic Party (PDP) in the September 19, 2020 poll.

Their prayer is anchored on the grounds that Obaseki allegedly forged his University of Ibadan certificate which he submitted to the Independent National Electoral Commission (INEC) in support of his nomination as a candidate in the governorship election.

Should the court disqualify Obaseki as a candidate in the election which he won to clinch the second term in office, he would be sacked and the party that came second in the election will produce the next governor and deputy.

But interestingly, Osagie Ize-Iyamu of the All Progressives Congress (APC), who came second in the contest, is temporarily out of the picture following the disqualification of his running mate, Gani Audu over alleged discrepancies on his credentials.

Meanwhile, Ize-Iyamu has appealed the judgement of the Edo state High Court which nullified the candidacy of his running mate, Gani Audu, from the September 19, 2020 Edo Governorship election.

Igbere TV had reported how the court presided by Justice Hellen Courage-Ogbebo, on Wednesday declared Audu’s candidacy as invalid for giving false information to INEC in the form EC9 affidavit to enable him to contest the election in the state.

The trial judge delivered the judgement in a suit filed by Kadiri Oshoakpemhe against the APC deputy governorship candidate and others.

Ize-Iyamu appealed the judgement on the basis that the trial judge erred in law when he held that the suit between Kadiri Oshoakpemhe (first respondent) against Gani Audu (second respondent) and others was not statute-barred by virtue of the provision of the 1999 Constitution (as amended).

He, therefore, prayed the court to set aside the judgement of the trial court and dismiss the first respondent for failing to prove his claim rooted in allegation of commission of crime beyond reasonable doubt as required by law.

Why the the APC and its candidates await on the Appeal Court to deliver a favourable judgement and return their participation in the contest, and should the Federal High Court in Abuja disqualify Obaseki from the contest today…….

The candidate who came third in the contest would step in as Governor. But Igbere TV observed that the candidate, 36-year-old Iboi Emmanuel, did not meet the Constitutional requirements. To win a governorship election, the candidate needs a majority of the votes and 25% of the votes in at least two-thirds of the local government areas in the state (section 179 of the 1999 Constitution). Emmanuel only managed to poll at least 3,000 votes to come third in the contest.

According to a legal practitioner, who spoke to Igbere TV Saturday morning, the worse that could happen is for the Speaker of the Edo Assembly to be sworn in as Acting Governor as the Constitution does not permit vacuum in power.

The Speaker, Marcus Onobun, would remain in acting capacity until either Obaseki or Ize-Iyamu wins either of their case if appealed up to the Supreme Court.

If both fail to win, the Independent National Electoral Commission (INEC) will be left with no other option than to conduct a fresh rerun among the remaining qualified candidates.

But the legal practitioner argued that Ize-Iyamu’s case was already at the Court of Appeal therefore the execution of Edo State High Court ruling is statutorily stayed. Moreover, if the Federal High Court, Abuja finds Obaseki wanting today, the Edo governor is likely to approach the Court of Appeal immediately for stay of execution and continue as Edo state governor till the final judgement so the possibility of Ize-Iyamu being sworn in immediately is very slim.

Meanwhile, there is a palpable tension in Edo and anxiety among supporters of Obaseki, members of the Peoples Democratic Party, the All Progressives Congress, over today’s judgement of the Federal High Court, Abuja, in the certificate scandal involving the Governor.

It was observed on Friday in Benin, that APC members and the teeming supporters of the governorship candidate of the party during last year’s election, Ize-Iyamu, were expressing optimism that APC would emerge victorious.

Ize-Iyamu’s supporters insisted that Obaseki would not be able to wriggle out of the alleged forgery and perjury suit, brought against him by the APC and one of its members, William Edobor.

“With what we have presented before the court, we are 99 per cent sure of victory,” a supporter of Ize-Iyamu and APC member who spoke on condition of anonymity told Igbere TV.

But most supporters of Obaseki were restless but confident of winning, in view of the good job done by Edo governor’s legal team, even while many supporters of Ize-Iyamu were optimistic that APC would have favourable judgment.

Speaking on Friday night, a PDP member and Obaseki’s supporter who spoke on condition of anonymity said, “Everybody is waiting for the judgement.

“Some of us are restless. But we are confident because our legal team did a good job and from my view, they could not prove any case of forgery, so we expect a favourable ruling.”

The parties on Thursday exchanged their written addresses through e-mails, with the presiding judge, Justice Ahmed Muhammed, reserving judging for today.

Meanwhile, ahead of today’s judgement, supporters of the APC’s Ize-Iyamu and members of the party on Friday took to Twitter to trend #ObasekiOut, suggesting that the Edo state governor may be sent packing from the Osadebe Avenue, Edo government house, by the court today.

Similarly, supporters of the Edo state governor and members of the Peoples Democratic Party, following the #ObasekiOut Twitter trend, took to the micro-blogging social media platform early Saturday to trend #ObasekiTill2024 to show support for the governor ahead of the 12 noon judgement.

Security beefed up at Court premises

Meanwhile, security at the premises of the Federal High Court in Abuja has been beefed up to the maximum, ahead of the judgement expected to be delivered from noon, today.

Officials from the Nigerian Police Force, Department of State Security (DSS), Nigeria Security and Civil Defence Corps (NSCDC), Army, including security trucks were spotted all over the court premises.

This is even as top chieftains of the APC including its former National Chairman, Adams Oshiomhole; Governor Abdullahi Ganduje, Hope Uzodima and Yahaya Bello of Kano, Imo and Kogi State respectively were spotted arriving the court ahead of the judgement. 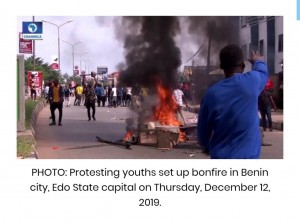 Edo Government Bans All Political Rallies In The State 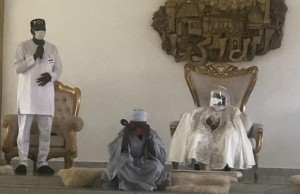 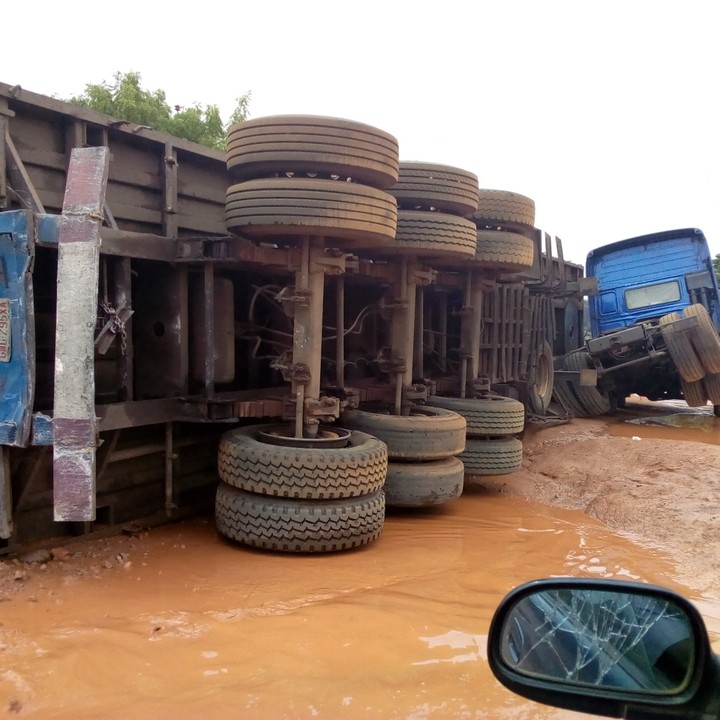