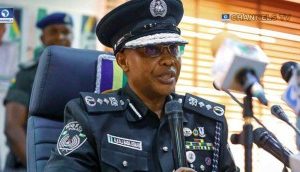 The Inspector-General of Police, Usman Baba Alkali has stated that quasi-security outfits established by state governments have no legal basis to function during the 2023 elections.

Baba said this on Thursday during a conference for strategic police managers, which includes officers from the ranks of commissioners and above.

The police boss stated that the quasi-security outfits are not expected to be deployed for electioneering campaigns and other electoral processes.

Baba urged the officers to ensure that their actions and decisions align with the provisions of the Electoral Act 2022, the 1999 constitution and the Nigeria Police Act 2020.

He asked the officers to be fair to all political parties in their engagement during the election season.

“We are also expected to adopt a professional orientation that emphasises democratic values and respect for human rights and dignity,” the inspector-general of police was quoted by NAN.

As critical actors in the electoral process, the credibility of the 2023 general election will be measured by the extent to which we abide by professional and legal standards.

It will also be measured by our decisions and actions as we interface with political parties in emplacing appropriate machineries to guarantee a peaceful electioneering campaign process.

We must leave no citizen in doubt of our commitment to national peace and security, as well as our determination to advance the democratic and national security interests of the country,

“All quasi-security outfits that were established by the various state governments and local communities, operating under different nomenclatures, structures and orientations have no legal roles in the Electoral Act 2022.”