Another Manchester United Star Open To Join Mourinhno At Roma 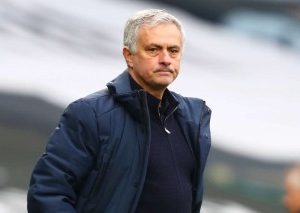 Another Manchester United star, Eric Bailly is open to joining Jose Mourinho at AS Roma.

The former Chelsea and Tottenham Hotspur boss is eager to sign Bailly, with Roma in contact over a summer move.

Bailly is one of three defenders who Man United will allow to leave this summer, with Phil Jones and Axel Tuanzebe, also deemed surplus to requirements following the arrival of Lisandro Martinez from Ajax.

The 28-year-old has impressed during Man United’s pre-season tour of Asia and Australia, with his first preference thought to be to stay at Old Trafford and fight for his place.

However, with Roma interested in bringing Bailly to Serie A, the Ivory Coast international is set for talks with Man United manager, Erik ten Hag and should he feel his game time will be limited, he will welcome the opportunity to discuss a move to the Giallorossi, according to Sky Sports.

The centre-back joined Man United from the Spanish LaLiga side, Villarreal.