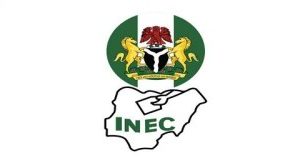 The space meant for the name of the governorship candidate of the All Progressives Congress (APC) in Akwa Ibom State is blank in the list of candidates published on Friday by the Independent National Electoral Commission (INEC).

The list was pasted at the INEC headquarters in Uyo, Akwa Ibom State.

This development confirmed what has already been known in Akwa Ibom – the APC is still yet to have a governorship candidate in the state.

The party may likely not field any governorship candidate for the 2023 election in the state, unless they get the court to compel INEC to accept their candidate – Akanimo Udofia – a young entrepreneur who initially bought the Peoples Democratic Party governorship nomination form and had his name of the ballot during the PDP primary.

INEC did not monitor the primary which produced Mr Udofia and has, therefore, refused to accept him as a candidate, in line with the Electoral Act 2022.

Mr Udofia was seen on Saturday at the Victor Attah International Airport, Uyo, with a handful of aides around 1:40 p.m. He flew out of the city in a private jet.

It is indeed a difficult time for the APC in Akwa Ibom as the chairman of the party in the state, Stephen Ntukekpo, faces an embarrassing case of forgery.

Mr Ntukekpo, backed by the former minister of the Niger Delta Affairs, Godswill Akpabio, had filed forged documents at a Federal High Court, Abuja, which enabled him to get a favourable judgement in March.

The judgment paved the way for him to be sworn-in as the APC chairman in Akwa Ibom.

The police at the force headquarters, Abuja, recently recommended that Mr Ntukekpo be charged to court for forgery and impersonation.

Mr Akpabio’s name too would not be on the ballot as INEC had rejected the primary that produced him as the senatorial candidate for the Akwa Ibom North West.