This is what happened yesterday in Chiromawa, Garun Malam Local Government Area of Kano State as youths with weapons including machetes and clubs were seen moving around freely during the flag off N155bn Abuja-Kano road reconstruction.

The youth who were armed with weapons and the placards gathered in their numbers to show support for the governor and other dignitaries.

Fashola was in Kano state yesterday to flag-off the reconstruction of Abuja-Kaduna-Zaria to Kano expressway, at a cost of N155.4 billion..

He said reconstruction of the 375.4km expressway was awarded to Julius Berger with a completion period of 36 months. 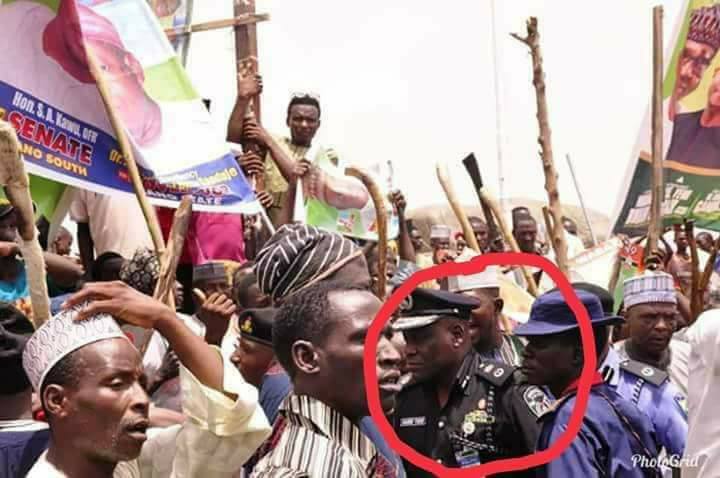 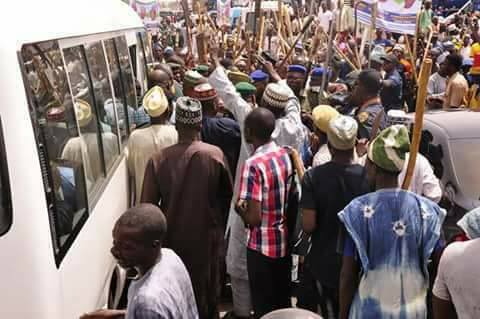 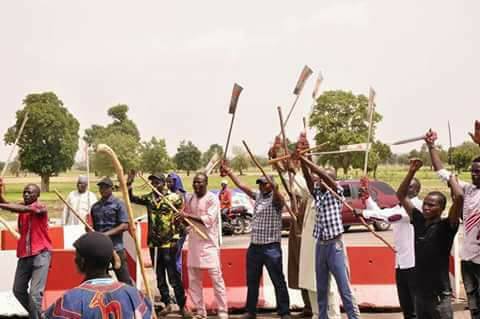 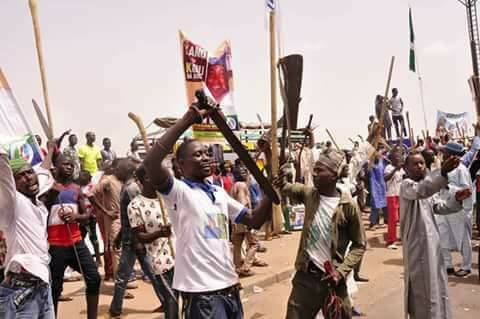