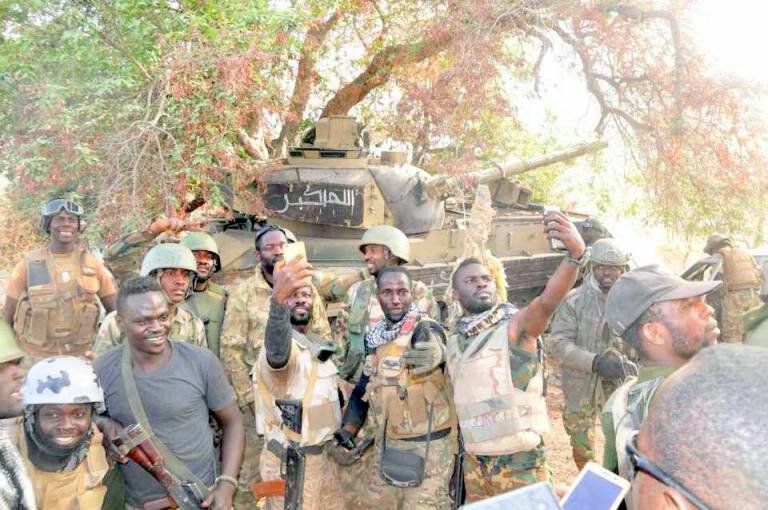 Troops in Borno killed five Boko Haram insurgents and captured a top commander of the group in the ongoing operation in Sambisa Forest and the Lake Chad basin, the army said.

Mr. Nwachukwu said on Thursday, the troops engaged and neutralised a number of fleeing insurgents while attempting to escape the military blocking position in one of the cleared enclaves ‘Sabil-Huda’, deep in Sambisa Forest.

“Unfortunately, two soldiers were injured in the process; they had been evacuated by the Nigerian Air Force and are responding to treatment,” he said.

Mr. Nwachukwu said the troops on Friday launched offensive targeting a terrorist’s hideouts up ‘CAMP ZAIRO’, and neutralised a number of insurgents in spite of initial damage caused to their Armoured Fighting Vehicle by Improvise Explosive Device (IED) planted beneath the ground.

He said the troops killed five insurgents, wounded several others and recovered ammunition at a hideout in Parisu, Sambisa Forest.

Also recovered are one AK-47 Rifle Magazine, 1 dummy rifle, a round of 12.7mm ammunition, 12 empty cases of 7.62mm ammunition, assorted IED materials and a tool box.

According to him, the Air Task Force of Operation LAFIYA DOLE provided air cover for the land troops in the conduct of the operations.