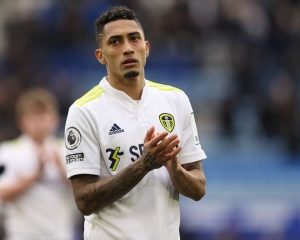 Arsenal sporting director, Edu, has confirmed that Raphinha indeed snubbed a move to the Emirates this summer.

The Brazilian was the subject of a three-way tussle between Arsenal, Chelsea and Barcelona, as he prepared to leave Leeds United.

However, Raphinha snubbed a stay in the Premier League to sign for Barca in a €68m deal two weeks ago.

He told Sky Sports: “I said to Deco, ‘Can you explain the situation with Raphinha?’.

“He was clear, he said, ‘Edu, I don’t want to lie to you, his idea is to go to Barcelona’. If something happens, just let me know because I can explore. If not, no problem.”