Balotelli: My Biggest Regret As A Footballer 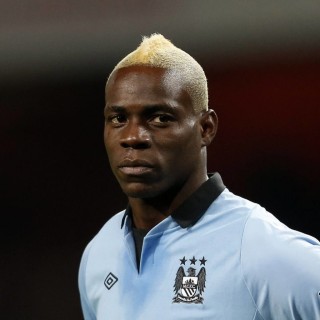 Italy striker, Mario Balotelli, has disclosed that the he made a huge mistake leaving Man City for AC Milan in 2013.

He made this known in an interview with former Man City teammate Nedum Onuoha.

The Italian international has enjoyed a more-than-decent career, but there is a feeling in Italy that he might have done more.

The 31-year-old currently plays for Turkish side, Adana Demirspor.

“I think that was my biggest mistake, to leave [Manchester] City,” Balotelli told Athletic.

“Even in the year when I left, I played very well in AC Milan for a year and a half, but after that, I had some problems. And now that I am older, I know that I should not have left City at that time.

“All these years seeing [Manchester] City improving, improving and improving. I could’ve been here like Sergio Aguero for a long time.

“If I had my mindset now… When I was at City, probably one golden ball [Ballon d’Or] I could’ve won, I am sure about this. But you know, when you grow up, you mature more, so…”