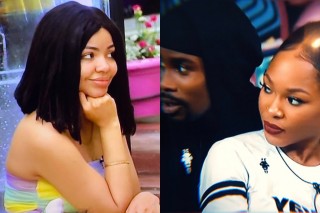 Nengi has threatened to ruin Neo and Vee’s night at the hotel when they leave Biggies night on Sunday.

With the show coming to an end, Vee and Neo have made plans to have sexual romp kin their hotel but Nengi says NO, she won’t allow them to have such fun under her watch.

According to her, she will disturb them throughout the night.

The couple replied her saying, “My dear, you’ll knock but nobody will answer you”