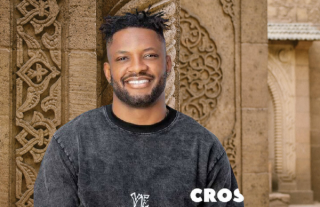 Big Brother Naija ‘Shine Ya Eye’ housemate, Cross has opened up about his mental health issues as he disclosed that he attempted taking his own life twice before joining the show.

He made the submission on Friday during a diary session with Big Brother, in a segment titled “Mental Health”. He encouraged the Nigerian health sector to take mental health seriously as a means of reducing suicide attempts. Prayers for Catholics

Cross faulted Nigerian parents for failing to take mental health seriously in their children, promising to do his best when he becomes a father.

He said, “I have attempted to commit suicide twice but at the end of the day, I survived it.

“I think we need physicians in this country to be serious about the issue. Our parents are not really doing enough regarding talking to children to diagnose their mental health.

“I will be a father one day, maybe one or two years to come but I just hope that I give my children the best”.

In a related development, Cross recently confessed that he first handled a gun when he was 15 years old.

Cross revealed that his anger issues caused him to hold a gun at the age of 15 in a talk with Peace on Saturday, day 21 of the show.

People began visiting his family house after his father died, according to Cross, in order to confuse his mother, who was irritated by their visits.

My mother was absent one day because she had gone on a trip. People began to enter the house that day, and they were constantly worrying my entire family, including my mother.

He said, “During that period, I was still in my anger mode. I went upstairs to my father’s room and I saw a shotgun.

“I picked the gun up, I cocked it and I told everybody to get out. That time I was just 15 years old. These people were my uncle, aunties, and we’re between the ages of 40-60.

“I cocked the gun and I was ready to kill if nobody left my house that time. Because I wondered what was going on, my father was dead.”