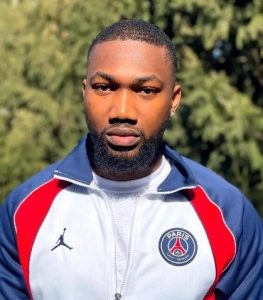 Deji, the Big Brother Naija Housemate, been assigned a task by Biggie.

Recall that during his Diary Session Wednesday, Biggie gave him a secret mission as he did with Modella but this time, Biggie wantsDeji to start frantically complaining about his Level 1 Housemates, and the complaints should escalate as the days progress.

Not only should he complain about his Level 1 Housemates, but he should state that he feels that his happiness will only be possible if he moves to Level 2. On Friday, he should pack his bags and demand to be moved to Level 2.

On the same day, Deji and Doyin went into the bedroom where Deji proceeded to put his Secret Task in motion. He started complaining about his fellow Housemates’ rowdiness and told Doyin that he wanted to go to Level 2.

He said that he is used to living by himself even though he is from a polygamous family. Deji also added that the tension that exists between him and Chichi is another factor in his decision to leave.

Doyin tried to talk him out of his decision by saying that the situation in Level 2 is not better since Amaka confided in her saying that she would like to be swapped to Level 1 because her Level 2 Housemates are constantly fighting.