A BBNaija star, Frodd has revealed the awful experience he was forced to endure in the hands of a giveaway winner. 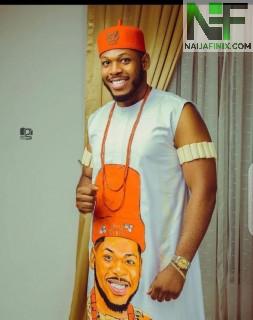 According to Frodd, his goodwill was abused by the fan after he had mistakenly transfered N50,000 instead of N5,000.

While in the course of it, he mistakenly sent N50k to the first giveaway winner. Having reached out to the winner, he asked for a refund of N45k.

Things turned out to be dramatic as the lady refused to return the extra N45,000. Instead, she opted to return N30k. In the chat, she was seen making unpalatable comments to Frodd, even asking God to judge him.

At the end of it all, the lady blocked Frodd after sending N30k instead of N45k. Here’s the screenshot of the storyline: 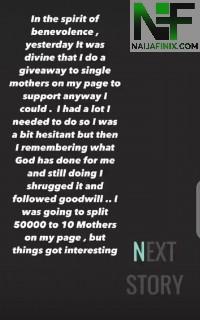 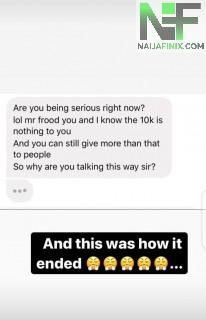