According to Maria, housemates will have to volunteer to cook for each day while Whitemoney will supervise. 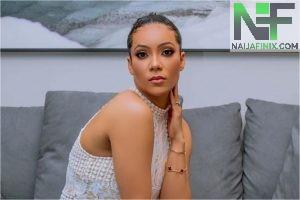 Maria, the fourth Head of House for the Big Brother Naija Shine Ya Eye season, has rolled out a new kitchen policy for her reign.

She made this known on Monday, day 23 of the show, after her assumption of the HoH position.

According to Maria, housemates will have to volunteer to cook for each day while Whitemoney will supervise.

She said, “I don’t know how we’ll do in the kitchen but Whitemoney, you’ll take care of that now till I can process it in my head. So let’s just go ahead with what’s going on in the house.

“I’ll ask Whitemoney what we have in the kitchen. Whoever volunteers to cook that day will cook. I’ll do it prior to going for the games or right after the game. If you feel like cooking, you can just cook for everyone.”

Different HoH reigns have brought different kitchen strategies for each week. In the first week under Peace’s reign, there was no specified policy in place and it led to food wastage in the house.

When Boma became HoH in week two, he placed Whitemoney in charge of the kitchen.

In week three, however, Pere changed the game by removing Whitemoney out of the kitchen and appointing female housemates.

His appointees did not do an impressive job and Whitemoney went back into the kitchen.

With the new reign, Whitemoney is still very much involved in the cooking processes and kitchen arrangements.