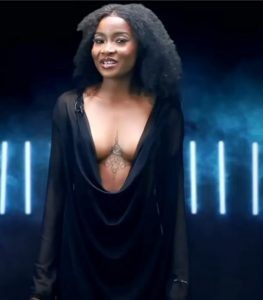 Evicted BBNaija housemate, Ilebaye has disclosed the housemate likely to emerge winner in the Level Up season.

In her post-eviction interview, she told BBNaija host, Ebuka Obi-Uchendu that Phyna may likely emerge the winner.

Ilebaye said: “Phyna may win this year only if she does not get distracted.”

Ilebaye was evicted during Sunday’s live show, alongside Khalid.

They secured the lowest votes from fans, which led to their eviction from the ‘Level Up’ house.

Meanwhile, the organisers of the Season 7 have been told to change the nomination process for possible eviction.

According to some viewers, the eviction process seems to be taking out lively housemates.