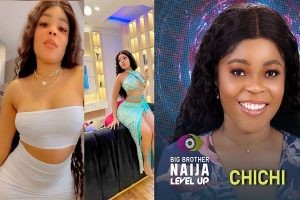 Explaining the meaning of an exotic dancer, Chichi,who hails from Edo State, said she is a club stripper.

A stripper was among those unveiled over the weekend as one of the participants in the ongoing Big Brother Naija season 7 housemate.

Her name is Chichi.

The housemate during her unveiling revealed that she is an exotic dancer.

Explaining the meaning of an exotic dancer, Chichi,who hails from Edo State, said she is a club stripper.

“I’m an exotic dancer. I know you already know what exotic dancing means …I don’t go from one strip club to another. I have a particular one,” she told her fellow housemates.

She added: “People see exotic dance as the worst thing to do. I hate judgemental people. No one has the right to judge me. Who are you to judge me? I hate people who judge others.”

Chichi promised to bring her truth and the real stripper vibes.