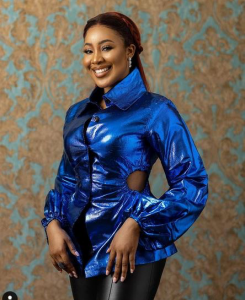 Ex-BBNaija housemate and actress, Erica Nlewedim has taken to Twitter to disclose that her money was stolen from her bag while inside a store in the UK.

In a series of tweets, Erica stated that she went to Zara to purchase an item but that when it was time to pay, she discovered her money had been stolen. She rained curses on the person that stole her money.