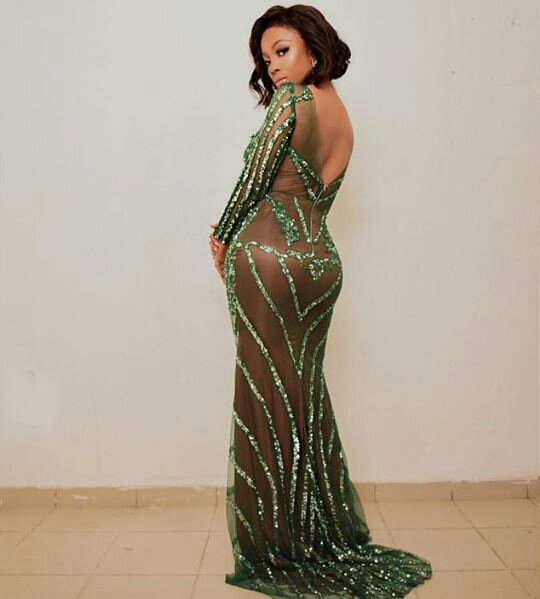 Toke Makinwa, one of the most popular media personalities, has sent the rumour mill into overdrive with her curvy new figure. Whilst some claim Toke got her body done, others claim she’s just eating well. Whichever it is, the media star shows off her dangerous curves as she hosts MBGN.

The OAP and IK Osakiduwa were announced as the hosts for this year’s edition of one of the most popular beauty pageants Most Beautiful Girl in Nigeria and it was clear from the start that Toke would come dressed to kill and that she did. Toke had 3 outfit changes and we have the lowdown on each one.

Toke’s first dress was a revealing green evening gown with mesh inserts from designer Tope FnR. The dress, which was for the most part, see-through, was a floor length green evening dress with sequin accents. Toke paired it with a wavy bob and natural looking makeup making the dress the star of the look. She posed up a storm with co-host IK Osakioduwa as they prepared to hit the stage.

Talking about her look and her co-host, Toke wrote: “How extra I’m trying to be for the whole Week #MBGN2018#LifeAndBodyGoals

“With my partner in crime and boo [email protected] working with you was such a blast IK, the entire time we were out here was soooo worth it top. Let’s do this again soon shall we? #Mbgn2018 #Hosts#YinYang 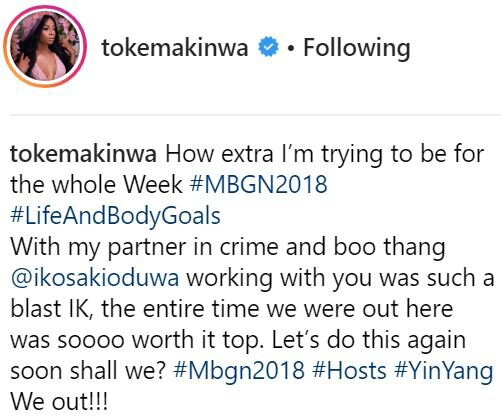 As Toke and IK, power walked across the stage, she did so in her second out fit of the night, a silver sequin number also from Tope FnR. The dress, which clung to her figure, was a an embellished evening gown which had gorgeous feather detailing at the bottom. 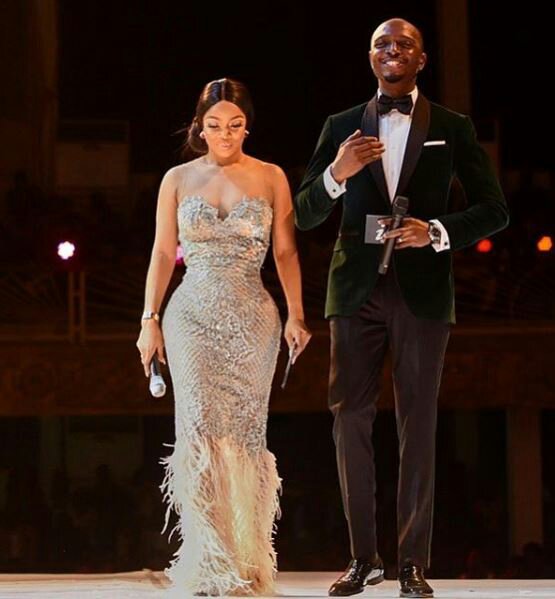 Toke also had a hair change. She wore her long, poker straight raven locks in a chic low bun and accessorised with a dazzling pair of diamond earrings and a simple bracelet. 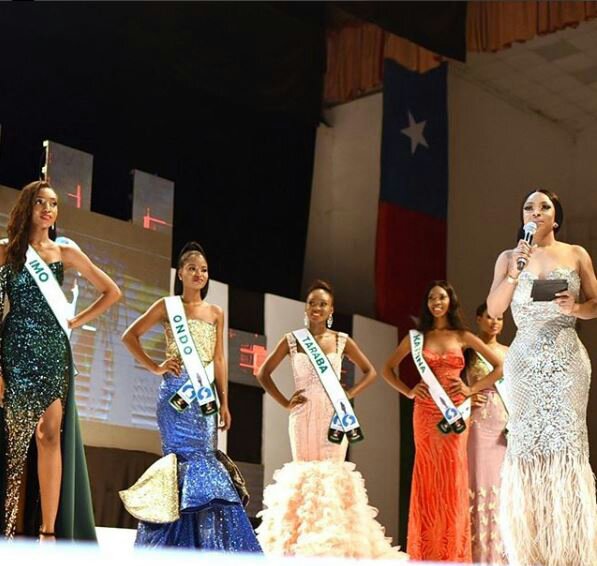 Toke’s third and final look of the night was a bright orange evening gown by celebrity favourite FablanebyDerin. The vibrant dress looked stunning on the petite host. 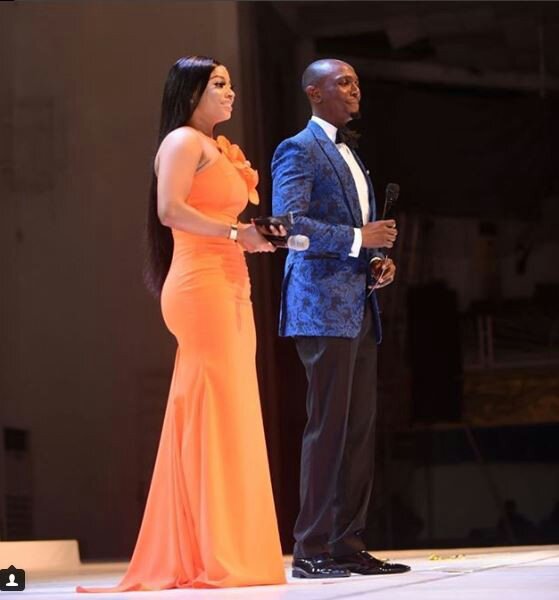 Styled by her longtime stylist Harvella Styles, Toke beamed as she stood next to a very dapper looking IK.