The Mambilla Plateau is a plateau in the
Taraba State of Nigeria. The plateau is Nigeria’s northern continuation of the Bamenda Highlands of Cameroon.

The Mambilla Plateau has an average elevation of about 1,600 metres (5,249 ft) above sea level, making it the highest plateau in Nigeria. [1] Some of its villages are situated on hills that must be at least 1,828 metres (5,997 ft) high above sea level.

Some mountains on the plateau and around it are over 2,000 metres (6,562 ft) high, like the
Chappal Waddi (more appropriate name: Gang) mountain which has an average height of about 2,419 metres (7,936 ft) above sea level.

The plateau covers an area of over 9,389 square kilometres (3,625 sq mi). [5] Gang (‘Chappal Waddi’) Mountain is found at the northeastern flank of the Plateau.

The Mambilla Plateau, somewhat to the north of the cradle of the Bantu-speaking peoples (Zeitlyn & Connell, 2003; Griffith, 2007; Martin, 2009),and continuously inhabited for over four millennia by a developing Mambillobantu culture, is found in the southeastern part of Taraba State of Nigeria under Sardauna local government area

The current ‘Sardauna’ title is believed to be an inappropriate cognomen for this historically famous spot in Africa, given that the combination of three local government areas in one, which was the tenuous basis for the new appellation, has since ceased to exist.

The false premise of a “sardauna” “discovering” the area is untenable, since the entire former Northern Cameroon Province headquartered at Mubi has since reverted to the use of their various true names.

The people of the Mambilla Plateau are equally entitled to their ancient and historical identity and to be appropriately named, just as all other areas in the defunct “Sardauna” Province.

The name “Mambilla” is a derivative of the ancient name “Mamberre” which has been used for the Mambilla Plateau from ancient times and which concomitantly denotes its inhabitants.

The plateau has its south and eastern escarpments standing along the Cameroonian border , while the remainder of its giant northern escarpment and its western slope are in Nigeria.

CLIMATE
The climate of the plateau is comparatively
cold . Daytime temperatures hardly ever exceed 25 °C (77.0 °F) making it the coolest region in Nigeria.

Strong winds prevail during the daytime, and the rainy season lasts from mid-March until the end of November. A

s a result of its high elevation, the plateau experiences temperate weather conditions but on a smaller scale due to its location in a tropical environment.

The rainy season on the Mambilla Plateau is associated with frequent and heavy rainfall due to orographic activities on the plateau involving moist winds from the south Atlantic Ocean in southern Nigeria and the steep edges and escarpments of the plateau.

The Mambilla Plateau receives over 1850 millimetres of rainfall annually. It is also mosquito and tse-tse fly free.

The Mambilla Plateau is hilly with deep gorges and travelers are constantly passing from one
panoramic view to the other.

The plateau is entirely covered by soil with occasional occurrence of granite .
Drainage

The plateau is dissected by many streams and
rivers ; notably among them are the Donga River and Taraba River, with both having their sources on/from the Mambilla Plateau.

Vegetation on the plateau comprises low grasses with trees being noticeably absent except for man made forest planted by German colonialist during the period of German administration of the cameroons (c. 1906-1915)and other Nigerian government tree planting programs.

The plateau is the only region of Nigeria that grows the tea plant on a large scale, and there are several tea farms, although the sector remains mostly underdeveloped.

It is also home to the
Gashaka Gumti National Park , which is the largest national park and protected area in all of Nigeria, as well as the Majang Forest known officially as Ngel Nyaki Forest Reserve , both of which harbor rare and endangered West/Central African plant and animal species endemic to the area.

The abundance of low lush green grasses on the plateau has attracted a large number of cattle, whose advent beginning during British rule affected the plateau’s vegetation.

This has resulted in overgrazing and widespread erosion on the plateau and has created problems between the cattle herders, referred to as the
fulanis , and the indigenous people, the
Mambila.

There are numerous towns on the plateau with populations ranging from 2,000 to 20,000 people except for Bommi (Gembu), Nigeria|Gembu]]), which is a sprawling ancient Mambilla city with a much higher population.

The latter contains the headquarters of new-christened “Sardauna” Local Government Area which is synonymous with the Mambilla Plateau.

Today, there are, besides the Mambilla towns and villages, Kaka-Yamba settlements in the southwest along the Cameroonian border which are believed to be of recent emergence (Connell, 1997; Hurault, 1998; SIL ethnologue,2010) and include Anterre and Inkirri established by splinter groups from Mfumte area of Cameroon’s North-West Region, both being place names still in use in Mfumte area.

Others are Ndum, Warrkaka, and their satellites emanating from the Donga-Mantung Division of the same Region of Cameroon Republic.

The major, original and predominant groups of the Mambilla Plateau are the Fulani fulbe with Mambilla since C19th.

Since the British occupation and thereafter, there has been immigration of other groups including the Yamba (Kaka), and trading communities of Igbo, Wimbum (Kambu), Hausa and Banso.

The major Languages spoken on the Mambilla Plateau are Fulfulde (the language of the predominant population, (used for commercial transactions by various groups), Mambila, Yamba (Kaka), Banso, Igbo, etc.

English is used as official language. Note, however, that only the Fulani,Mambilla and Kaka have existing villages while the Fulanis established cattle-farm settlements nestling between these villages in British times.

Christianity and Islam are the main religions today, having gradually displaced the Mambilla Traditional Religion based on Suu, which was the predominant religion before the coming of Christian missionaries and Hausa-Fulanis; and particularly before the 1970s.

The highland is home to Nigeria and West Africa ‘s only highland tea plantations, Located In Kakara town.

The Gang Peak is West Africa’s highest peak (excluding Cameroon’s peaks) and has a rich historical and tourist importance steeped in enthralling Mambilla mythologies and legends.

‘Chappal Wadi’ is a misnomer for the ancient Gang Peak, whose tradition and historical phenomena have spanned several centuries to date (see Bami-Yuno: Jumboni – History of the Mambilla Chiefdom, ms).
A hydroelectric power dam is planned to be constructed on the plateau.

A rich culture, with spectacular cultural dances across the plateau. Splendid waterfalls dot the Mambilla landscape. 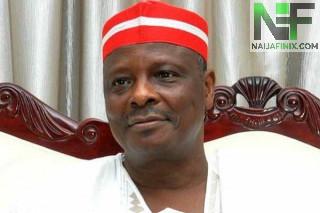 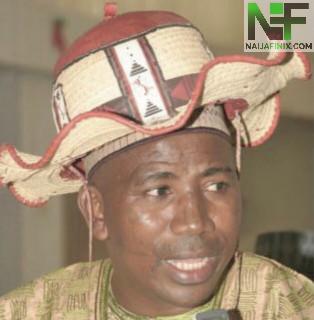 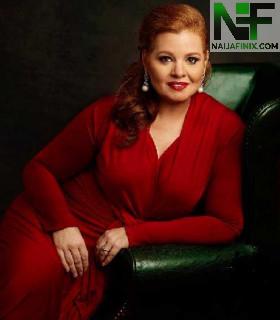 “Your Relationship Is Not Meant To Be A Bondage. Stop Caging And Monitoring Your Partner” -Pastor Laurie Idahosa
Reports Of ‘Bomb Threat’ On Air Peace Flight Is False – FAAN
Atiku Speaks On Election Results 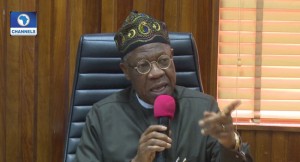 Lockdown: Lai Mohammed To Journalists “Your ID Card Is Your Pass”