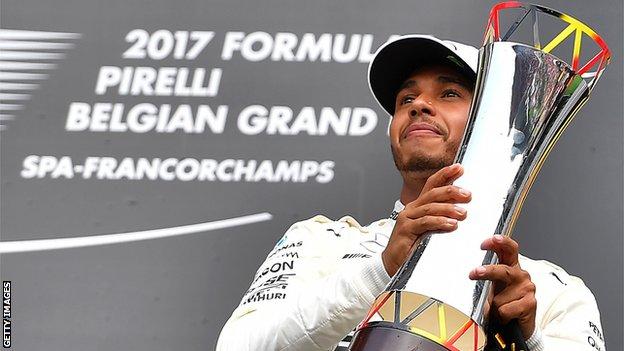 Formula 1 has extended its contract with the Belgian Grand Prix until 2021.

The move secures the immediate future on the calendar of one of the world’s classic race tracks – Spa-Francorchamps in the Ardennes mountains.

The track first hosted a grand prix in 1925 and is widely regarded as one of the greatest challenges for a driver.

Chloe Targett-Adams, F1’s director of promoters, said: “F1 was born in Europe and the future of the sport needs to maintain its solid roots.”

F1’s new owner Liberty Media said when it bought the sport in January 2017 that it was determined to protect the major historical races.

The Spa renewal is the first new deal with such a track since Liberty took over and ousted former boss Bernie Ecclestone.