BIGGEST BIRD!! Wizkid Sets New Record As He Joins Burna Boy As The Only Nigerian Artists In History To Do This 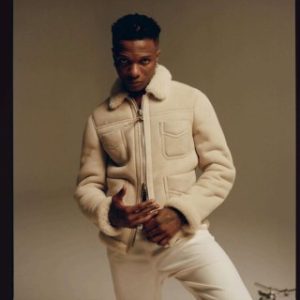 Wizkid and Burna Boy are now the only Nigerian artistes in history to sell out the iconic 20,000-capacity Accor Arena in Paris, France.

Burna, who had previously sold out the venue twice in March 2022 for his Space Drift concert, saw his colleague Wizkid replicate this achievement as Big Wiz himself was confirmed by Live Nation and Accor Arena to have sold out his tickets for his Made In Lagos concert in Paris.

Wizkid, who had initially sold out allocated tickets for the venue under five minutes in April 2022, had been forced to allocate more tickets and open more seats, thereby leading to the legendary figure joining the African Giant as the only two artists to sell out the entire arena.

Big Wiz has another thing to celebrate after his latest single ‘Bad To Me’ hit number one on the Apple Music and Spotify charts just 24 hours after its release and even made it to the charts before the 24 hours mark as well. 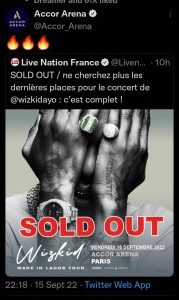