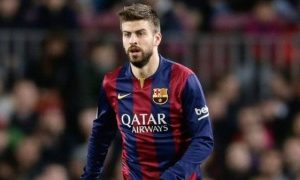 Barcelona will terminate Gerard Pique’s contract next summer, if he does not play in 35 percent of matches this season.

The defender has a contract at the Nou Camp until 2024.

But Barca are keen to see him leave because he is the highest earner in the squad, despite becoming a fringe player under boss Xavi.

The Catalan giants are still battling financial difficulties after a summer of heavy spending and need to slash their wage bill.

According to Mundo Deportivo, Barcelona will have the option of terminating Pique’s contract one year early if he plays in less than 35 percent of games this campaign.